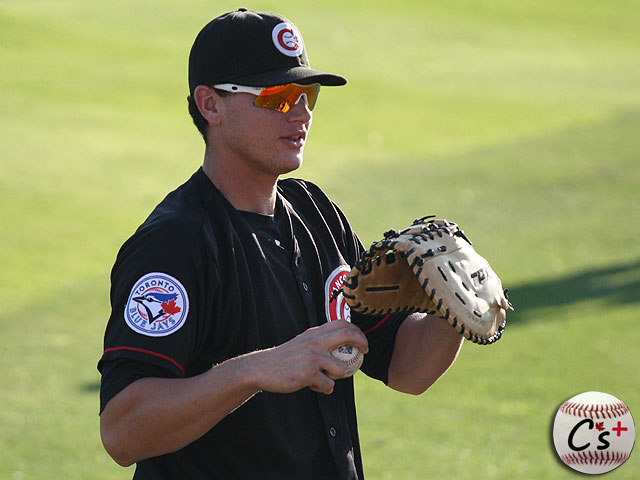 Vancouver Canadians are still playing baseball in North America in 2017 but probably not in the part of the continent they had necessarily expected. 2011 C’s teammates Balbino Fuenmayor and Jonathan Jones are plugging away in the Mexican League these days with Fuenmayor playing the Rojos del Aguila de Veracruz and Jones suiting up for Vaqueros Union Laguna.

Fuenmayor found himself out of affiliated baseball when he was released by the Atlanta Braves April 3 after spending the previous two years in the Kansas City Royals system and a year with the Quebec Capitales of the Can-Am League in 2014. Hopefully, this hot stretch will serve major league scouts notice that he is not done yet.

Jones began his second season with Vaqueros Union Laguna. The 27 year-old from Vacaville, California has slashed .252/.351/.457 with six doubles, a triple, six homers and 23 RBI in 32 games as well as five stolen bases. He had three homers in a two-game stretch versus Durango May 6 and May 7 but was placed on the reserve list for the rest of the month before being activated again June 3.

Jones joined Laguna midway through June of last year and put up a batting line of .284/.400/.493 with two doubles, four homers and 16 RBI in 22 games before being placed on the team’s reserve list in mid-August.

Released by the Miami Marlins at the end of spring training in 2015, Jones spent the year with the Gary SouthShore RailCats of the independent American Association. He hit .314 with an on-base-plus slugging percentage of .856. He had 22 doubles, eight triples, five homers, 40 RBI and 19 stolen bases. His rights were traded to the New Britain Bees of the independent Atlantic League and that was where he began 2016. You can see one of his walks from his point of view right here. That was one of 12 walks for Jones, who hit .269 with a .713 OPS and 24 stolen bases in 72 contests with the Bees. He was named an Atlantic League All-Star before his contract was purchased in Mexico.

Jones was drafted by the Toronto Blue Jays in the 29th round of the 2010 draft out of Long Beach State. He reported to the Gulf Coast League for four games and went 0-for-6 with a walk and two RBI before spending the rest of 2010 with the Auburn Doubledays of the New York-Penn League where he hit .237 and stole 10 bases. 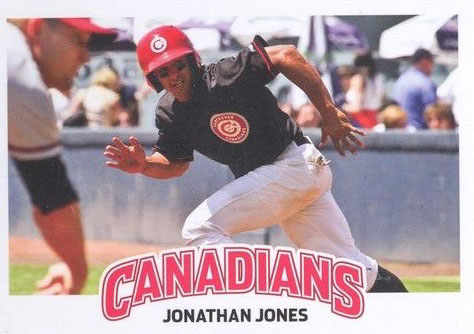 Jonathan Jones hit .283 with 18 stolen bases in 2011 with the Vancouver Canadians.

The 2011 season saw Jones begin and end the year in Lansing while spending the time in between with Vancouver. Jones earned the distinction of collecting the first hit for the C’s as a Blue Jays affiliate by leading off with a double and would double again in his second at-bat, scoring a run when Fuenmayor drove him home in the C’s home and season opening victory over Yakima June 17. Jones would hit a combined .288 and stole 28 bases with the C’s and the Lugnuts.

Jones spent all of 2012 in Dunedin and compiled a .356 OBP with 25 stolen bases but had a couple of stints on the disabled list. He spent that off-season playing winter ball in Australia for the Canberra Cavalry.

Returning to Dunedin in 2013, Jones hit the DL and batted just .227 in 28 games with Dunedin with a brief stint with the New Hampshire Fisher Cats that saw him go 2-for-13 in four games. He was in New Hampshire in 2014 but scuffled again with a .233 batting average in 56 games. His season ended in late June as he suffered a broken right wrist.

Jones and Fuenmayor are on the ballot for the Votación Juego de Estrellas LMB 2017 (2017 Mexican League All-Star Game) in Campeche June 16-18. You can vote for them by clicking the preceding link. All All-Star game appearance would certainly look good on the baseball resume for the two of them as they try to keep their careers going.