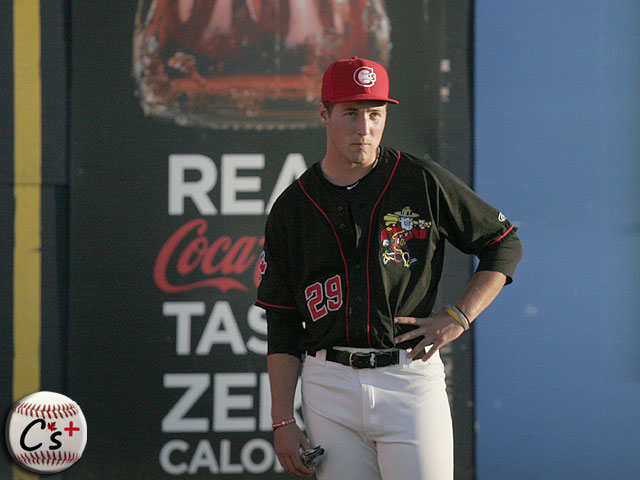 Ryan McBroom and Rowdy Tellez – seen in the dugout before the 2014 Northwest League playoffs – will man first base for New Hampshire and Buffalo respectively to start the season.

The rosters have been set for the Buffalo Bisons, New Hampshire Fisher Cats, Dunedin Blue Jays and Lansing Lugnuts for 2017 with a lot of Vancouver Canadians representation. Before getting into all of that, the biggest disappointment in this corner was the long-expected assignment of Vladimir Guerrero Jr. to Lansing, bypassing Vancouver in the process. Thanks to Bluefield having a winning season in 2016 that saw them contend for a playoff spot while the C’s suffered their worst campaign in short-season play meant no Vladdy the younger for the Nat Bailey faithful. Another sign that the Jays had big plans for the big third baseman was their assigning him to Lansing for their annual Crosstown Showdown game against the Michigan State Spartans at the tail end of the 2016 season.

Also disappointing for prospect watchers in Vancouver is the jump of Bo Bichette, son of former Colorado Rockies slugger Dante Bichette, from the Gulf Coast League to Lansing as he too played in the September match-up against Michigan State. Unless Guerrero and Bichette really struggle adapting to life in the Midwest League, Nat Bailey Stadium will never see the shadows of those players.

Moving on the minor league assignments, there are eight former C’s on the Buffalo roster. Rowdy Tellez will get his first taste of Triple-A as he serve as the Herd’s first baseman. He’ll see plenty of former C’s to his right on the infield in the form of Jon Berti, Christian Lopes and Jason Leblebijian vying for playing time. Ian Parmley and Dwight Smith Jr. also make the jump from New Hampshire to Buffalo in the outfield. On the mound, lefthander Matt Dermody and righthander Wil Browing will be in the Bisons bullpen.

Sean Reid-Foley – at Nat Bailey Stadium before the 2014 Northwest League playoffs – will begin 2017 in New Hampshire.

Their are eight pitchers alone on the New Hampshire roster with Vancouver Canadians ties. 2015 Blue Jays first round pick Jon Harris and 2014 second round pick Sean Reid-Foley leading the way in the rotation. While Reid-Foley never pitched for Vancouver, he was on the 2014 playoff roster so I’m including him as a former Van-Canadian. Francisco Rios and Canadian lefty Shane Dawson also project to be in the Fisher Cats starting rotation. The bullpen featured three former Vancouver lefties in Tim Mayza, Alonzo Gonzalez and Jose Fernandez and righthander Carlos Ramirez, who was actually an outfielder with the 2012 Canadians before moving to the mound in 2014.

The Fisher Cats infield will feature Ryan McBroom getting his first full taste of Eastern League pitching at first base. He will see his 2014 C’s teammates Richard Urena at short and Gunnar Heidt all over the infield. Two more 2014 Vancouver Canadians, Jonathan Davis and Roemon Fields, will be patrolling the outfield. 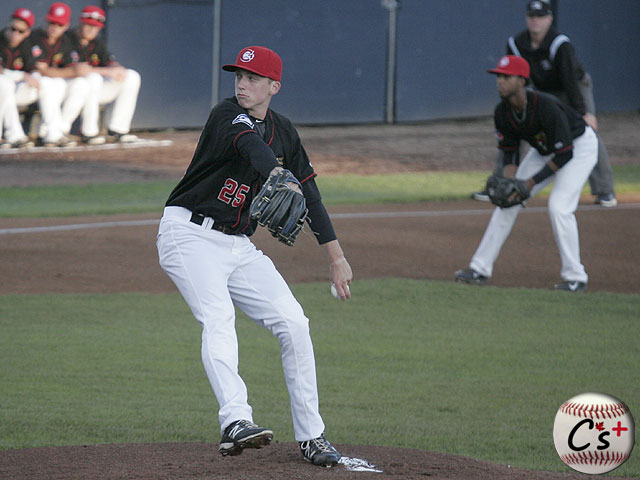 On the position player side, there are 10 former C’s for Dunedin. The infielders listed include Cavan Biggio, J.C. Cardenas, Andrew Guillotte and Juan Kelly. Roaming the outfield will be D.J. Davis, Connor Panas and Lane Thomas. 2014 Blue Jays first round pick Max Pentecost and Mike Reeves will share the catching duties. Hopefully, Pentecost will actually squat behind the dish as he has not really done so since his Vancouver days thanks to a shoulder injury. Speaking of injuries, Mitch Nay starts the year on the DL as he tries to return from extensive knee problems.

Zach Jackson has been assigned to Lansing for the start of 2017.

All three Lugnuts catchers have C’s connections in Michael De La Cruz, Ryan Hissey and Nash Knight, who will don the tools of ignorance for the first time in his career after seeing time at first base, second base, third base and left field.

The Lansing infield will see former C’s Yeltsin Gudino at short and Christian Williams at first base. J.B. Woodman and Nick Sinay, who played in one game for the C’s on the road last year, are the ex-C’s in the Lugnuts outfield.

Three notable C’s omissions from the Opening Day rosters are outfielder Josh Palacios, who had probably the best pro debut of the Blue Jays 2016 draft picks, catcher Javier Hernandez, who wowed observers with his skills behind the plate and righty Jeremy Gabryszwski, who ended last year in New Hampshire’s starting rotation. No word yet on why they’re MIA.

It’ll be interesting to see which former Vancouver Canadians can make their mark in 2017.