The Vancouver Canadians saw their margin for error reduced even more Monday night. A 2-1 loss to the Tri-City Dust Devils at Gesa Stadium dropped the C’s to 15-16. The loss combined with an Everett victory over Spokane leaves Vancouver effectively three games out of first in place in the North Division with seven to go in the first half. That’s because the 17-14 AquaSox have the tiebreaker by winning four of six against the Canadians.

Randy Pondler walked the first two hitters of the game for Vancouver and they both came around to score. Aldemar Burgos and Tre Carter heard ball four from the home plate umpire before they moved up a base on a wild pitch. A ground ball to second by Luis Ascunsion scored Burgos and a Blake Hunt doubled to left plated Carter.

An RBI single by Yorman Rodriguez prevented the C’s from being shutout in Tri-City.

That was all the scoring until the top of the ninth when Otto Lopez tripled to right field off Nick Kuzia and scored on a Yorman Rodriguez single. Brandon Polizzi came in as a pinch-runner but Griffin Conine hit into a rally-killing 3-6 double play. Jake Brodt would get a single but Sterling Guzman filed out to right to end the game.

Joey Pulido retired the first seven men he faced and stranded a runner for Pondler in his Vancouver debut. The University of Houston product delivered 3-1/3 innings of scoreless relief in which he surrendered two hits. Marcus Reyes worked a perfect eighth that included a strikeout.

Henry Henry handcuffed the C’s to just a trio of hits scattered over seven shutout innings for the win. Kuzia survived four hits over two frames for the save. Pondler took the loss to fall to 0-4 on the season. 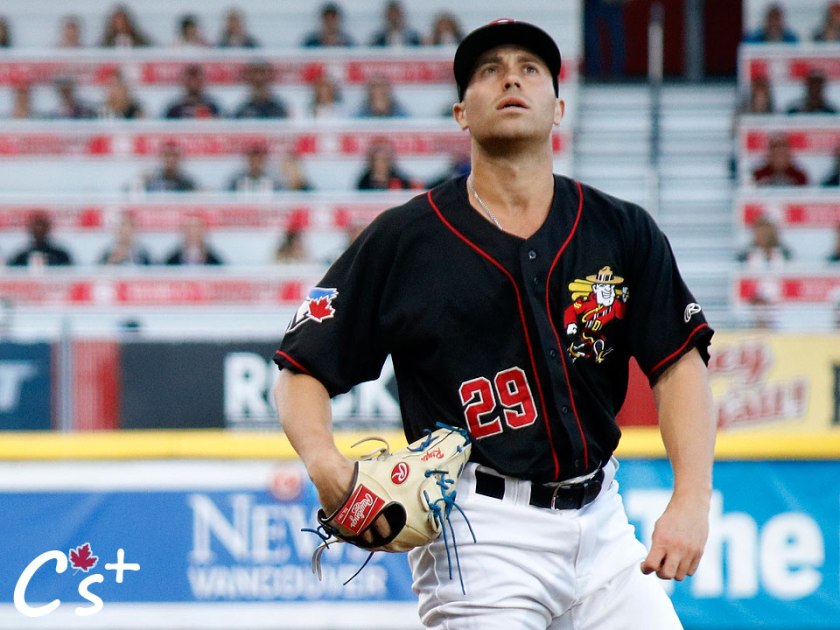 Marcus Reyes reduced his earned run average to 0.54 with a shutout eighth inning in Tri-City Monday.

The C’s had a chance to score in the eighth when Vinny Capra picked up a one-out triple to right but he was thrown out trying to score on a pitch that got away from Hunt behind the plate but Hunt got the ricochet off the backstop and tossed it to Kuzia who applied the tag to get Capra.

Tonight’s @ToyotaTriCities WOW Moment of the Game goes to relief pitcher @NickyKuz who saves a run by tagging a runner at the plate in the 8th inning to help seal the win for the Dust Devils! #TCDustDevils #WOWstartshere pic.twitter.com/1eVhYj91de

Up until that point, Vancouver could only get baserunners with two outs in the first three innings on base hits by Rodriguez and Hunter Steinmetz and a walk by Lopez. The only other hit until the eighth was a two-out single by Capra in the fifth.

The Canadians had seven hits and a walk and struck out four times. They were 1-for-1 with runners in scoring position but left five men on base. 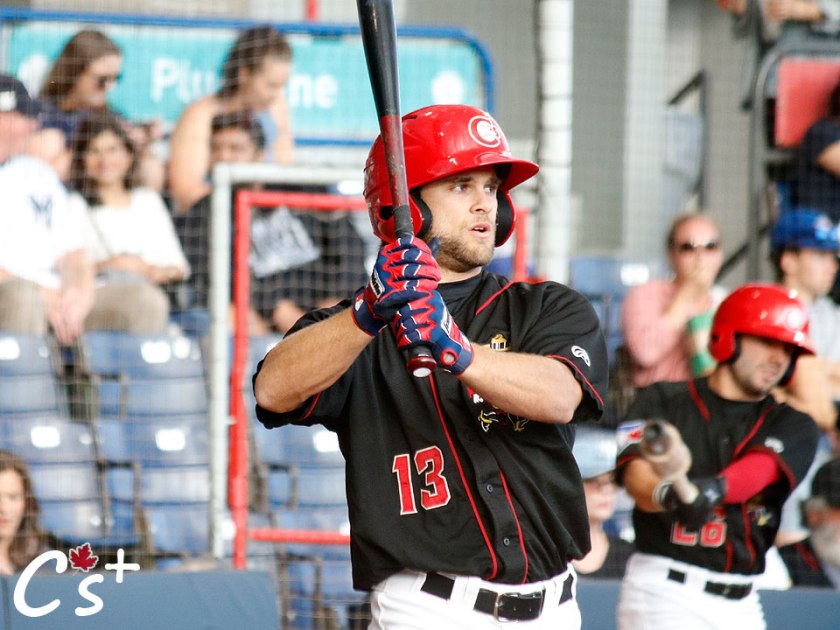 Vinny Capra was one of two C’s players who had two hits in Tri-City Monday.

Tri-City also had seven hits against the C’s pitching staff along with two walks but struck out five times.

The series continues Tuesday night at 7:15 pm with Adrian Martinez (0-2, 7.23) on the mound for the Dust Devils. No starter has been listed for Vancouver. The game will be carried on CanadiansBaseball.com with Rob Fai.

Baseball America news editor Josh Norris had a few tweets about 2016 Vancouver Canadians pitcher Patrick Murphy in Dunedin and 2013 shortstop Dawel Lugo at the Futures Game Sunday in Washington. That highlights this edition of C-Tweets  which contains a collection of observations from or about current and former members of the Canadians.

Bobby Eveld strikes out the side in the bottom of the 3rd….3-0 Everett top of 4

If you’re watching the homerun derby and not losing your mind, you’re not a baseball fan!

Patrick Murphy. Man, that’s a hell of an arm. Backed up two 98 mph heaters with an 82 mph power hook on the inside for strike three. Damn good arm. #BlueJays

Patrick Murphy. Man, that’s a hell of an arm. Backed up two 98 mph heaters with an 82 mph power hook on the inside for strike three. Damn good arm. #BlueJays

Another whiff for Murphy. pic.twitter.com/YgXhJnHyBm

#BlueJays Stroman flips out after a question about the Vancouver Canadians https://t.co/RxrayibnMx pic.twitter.com/S9jMJqBYMp

Some photos I captured yesterday up at Colca-Cola Park during Bisons vs Ironpgis game of OF Jonathan Davis, who was recently promoted to the @BuffaloBisons from the @FisherCats after the EL/IL All-Star breaks. pic.twitter.com/mVtGyJFRxo