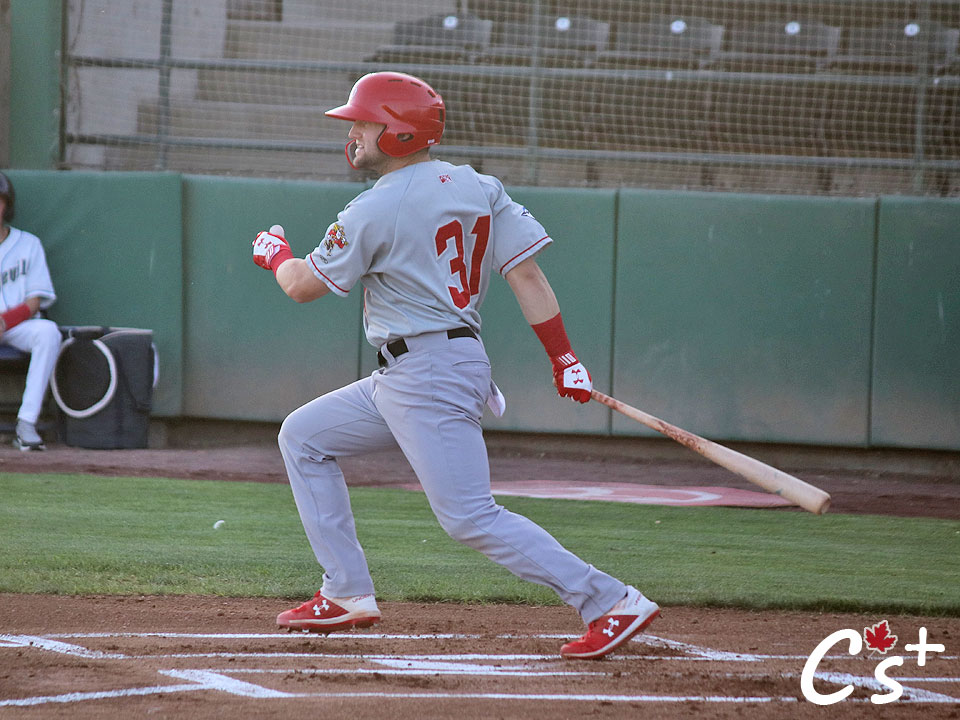 A lack of timely hitting and untimely mistakes on the field and base paths resulted in a 4-0 loss for the Vancouver Canadians against the Tri-City Dust Devils on Opening Night at Gesa Stadium.

The Dust Devils loaded the bases against Luke Gillingham in the fifth but the Navy Midshipmen induced what appeared to be an inning-ending ground ball off the bat of Francisco Del Valle to Spencer Horwitz at first but Horwitz could not handle it cleanly and that resulted in two runs crossing the plate.

After starting the fifth inning rally with a single, Brendon Davis added the insurance runs by connecting for a two-out, two-run home run to left-centre field off Andrew McInvale in the sixth to score a Livan Soto single.

The C’s had at least one baserunner in the first eight innings.

2nd inning – Horwitz led off with a walk and D.J. Neal singled but Horwitz was picked off by Tri-City catcher Harrison Wenson to end the frame.

3rd inning – Tanner Morris singled but Wenson picked him off at first. Clarke drew his second walk of the night but went no further.

4th inning – Horwitz walked with one out but was thrown out trying to steal second to wrap up the inning.

5th + 6th innings – Morris worked a one-out walk in the fifth against Christopher Molina and Clarke had a leadoff base on balls in the sixth but they were not advanced into scoring position.

7th inning – L.J. Talley singled with one away in the seventh and went to second on a Tyler Smith wild pitch but Morris was robbed of a hit by Soto at short to keep the C’s off the board.

8th inning – Clarke maintained his perfect night at the dish with his first base hit to go along with three walks but he was doubled off at first on a Brito liner to third.

Zac Kristofak put Vancouver out of its misery by striking out the side in the ninth, the only 1-2-3 inning of the night for either side.

Adam Kloffenstein did the high-wire act through his 3-2/3 innings of work as he navigated around three hits and four walks to hold Tri-City off the scoreboard. He struck out three and all four of his outs in play were on the ground. He threw 66 pitches, only 37 of them for strikes.

Gillingham stranded a runner in scoring position for Kloffenstein in the fourth and struck out four over 1-1/3 innings but a hit and two walks in the fifth led to his undoing as he was tagged with the loss. McInvale struck out the side as well in the sixth but not before Davis’ two-run blast. He would work a shutout seventh before Sam Ryan pitched a one-walk scoreless eighth.

The Canadians were 0-for-6 with runners in scoring position and left seven men on base. The Dust Devils were even worse by going 0-for-11 and leaving 11 men on the bags.

Tyler Zickel called his first game as the new voice of the Vancouver Canadians. Here’s hoping he can call the C’s scoring a run as they take on the Dust Devils win Game 2 of this six-game series Wednesday night. First pitch is at 6:30 pm and will be on Sportsnet 650 in Vancouver and CanadiansBaseball.com.