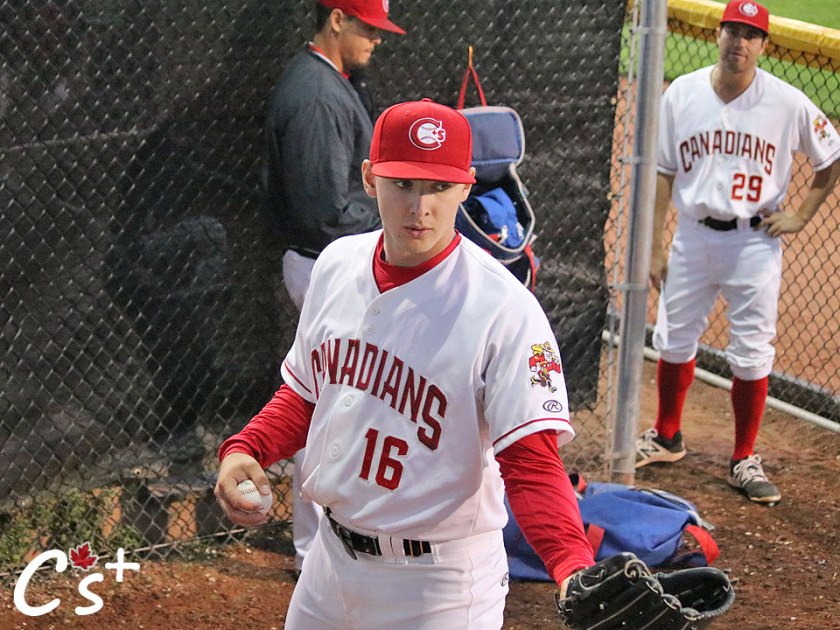 The Vancouver Canadians got by the Hillsboro Hops in as many days with a 3-2 victory at Ron Tonkin Field Wednesday.

Hillsboro skipped out to an early lead against C’s starter Adam Kloffenstein. A double by Jorge Barrosa started the game and he came in to score when Eduardo Diaz homered to left-center field to make it 2-0 for the visitors.

Vancouver began to claw its way back in their first at-bat. Luis De Los Santos tripled to right field off Marcos Tineo and was driven home by a Tanner Morris base hit to left.

The C’s would tie it in the second inning when Davis Schneider took Tineo deep to right field for a leadoff home run.

Vancouver would snap the tie in the seventh. Spencer Horwitz took four wide ones from Tineo to start the inning and he advanced to third on a Will Robertson base hit to right field. Robertson got to second when Reece Hampton booted the ball in right. Schneider flied out to right field and Horwitz tried to score after tagging up before he thrown out by Hampton on a 9-2 play at the plate. Robertson tagged up and made it to third on the play and that would be huge as Tineo threw a wild pitch that allowed Robertson to score the winning run.

Eric Rivera took one for the team with one out in the second inning but Zac Cook tapped back to Tineo who started an inning-ending 1-6-3 double play.

Vancouver did not get anyone on base in innings three through six. After the wild pitch that scored Robertson, Clarke chased Tineo from the game with a ground-rule double to right. Mailon Arroyo took over on the mound for the Hops and walked Rivera but got Cook to line out to second to end the frame.

Morris reached on a fielding error at first by Axel Andueza with one out in the eighth but he would not get any further.

The Canadians had just five hits, two walks and a hit batter and were 1-for-3 with runners in scoring position, leaving four men on base.

Kloffenstein pitched 5-2/3 innings and gave up two runs on three hits and three walks. He struck out seven and got six of his seven outs in play on the fake turf.

King Kloffenstein survived a pair of one-out walks in the second and went on to retire 12 batters in a row before Andy Yerzy got a one-out single in the sixth. A pair of wild pitches moved Yerzy to third base and he tried to score on a grounder to third base from Blaze Alexander. However, Morris threw out Yerzy at the plate to keep the game tied.

Will McAffer came into the game and stranded a runner for Kloffenstein, striking out A.J. Vukovich looking on three pitches.

McAffer got away with a two-out walk to Hampton in the seventh before giving way to Hagen Danner in the eighth. Danner walked a pair with two away but struck out Vukovich to end the inning.

Cobi Johnson gave up a leadoff single to Andueza in the ninth but set down the next three men he faced—including a strikeout—for his second save.

The win went to McAffer as he improves to 1-3. The North Vancouver native struck out three in 1-1/3 innings.

Vancouver has reached the 80-game mark of their 120-game schedule and find themselves at 37-43, two games behind Spokane for third place and nine back of Eugene.

Burlington, Ontario native Alex Nolan will trying to keep the Canadians rolling in the third game of this six-game set. He will throw the first pitch at 7:05 pm on CanadiansBaseball.com.

New Hampshire was humiliated by Hartford 12-1.

Rowdy Tellez hit a pinch-hit three-run homer in the seventh inning to lift Milwaukee to a 4-2 win over Pittsburgh.

Miguel Castro got the win with a shutout inning of relief as the New York Mets bested Miami 5-3.