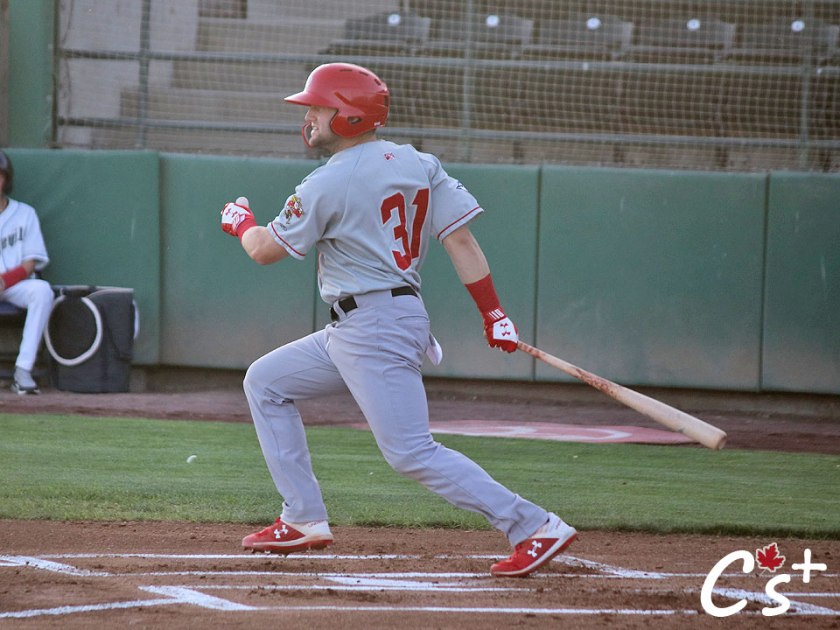 The Vancouver Canadians held on to beat the Everett AquaSox 9-8 at Everett Memorial Stadium Tuesday.

Cade Marlowe drilled the first pitch from C’s starter Paxton Schultz over the wall in right-center field to put the AquaSox ahead in the first inning.

Vancouver tied it in the second off Taylor Dollard when Philip Clarke singled to right off first baseman Dariel Gomez to bring home a Will Robertson leadoff double to right.

The AquaSox retook the lead in their half of the second when Kennie Taylor worked a leadoff walk, went to second on a Joseph Rosa one-out single and scored when C’s shortstop Orelvis Martinez booted a ball at short from Connor Hoover.

The Canadians responded with a five-run outburst in the third. Tanner Morris clubbed a two-run home run to right-center that scored a one-out single by Rafael Lantigua. That was followed by a Martinez double to left to score a Spencer Horwitz base knock. Martinez would move to third on a Will Robertson groundout to second and scored on a wild pitch. Philip Clarke extended the inning with a double to center and managed to score on a Trevor Schwecke infield single combined with a throwing error at third by Hoover.

Everett would score again in the third inning when Jose Caballero earned a leadoff walk, stole second and scored on a Taylor base hit with two outs to cut Vancouver’s lead to three runs.

Martinez would chase Dollard from the game as he cashed in for a one-out homer to left in the fifth inning to make it a 7-3 lead for Monty’s Mounties.

The seventh inning saw Martinez work a one-out walk from Frogs reliever Brendan McGuigan before advancing to third on Robertson’s double to right. Clarke managed to get another double past Gomez at first to plate Martinez. Schwecke then followed with a single to center to drive in Robertson.

The Frogs used another leadoff walk to score their next run in the eighth. Caballero drew the free pass of Jol Concepion and trotted over to second when Tyler Keenan was hit by a pitch with one out. Taylor singled to bring home Caballero but Eric Rivera threw out Keenan at third from right field to help prevent any further damage.

Everett made things much tighter in the eighth against Will McAffer with another leadoff walk, this time from Marlowe. He would score on a Hoover double and throwing error by Rivera. Hoover would score on a Victor Labrada two-base hit before a single by Caballero and Rivera’s second throwing miscue allowed Labrada to cross home plate. Caballero would steal third base and tagged up to score on a one-out sacrifice fly by Keenan to leave Everett one run shy on the scoreboard.

Morris got on base with a first-inning walk to extend his on-base streak to 28 games. His fifth homer of the year stretched his hitting streak to 19 in a row. Horwitz’s third-inning knock was also the 19th game in a row in which he had a base hit.

Zac Cook had a single in the sixth inning with one out but Vancouver’s best chance to add on more runs came in the ninth when Robertson singled up the middle with one out off Igor Januario, moved to second base on an Andy Thomas passed ball. Schwecke got a two-out walk but Rivera lined out to center to end the inning.

Clarke had four hits on the night, Robertson had three and Martinez and Schwecke finished up with two apiece. Martinez also had a base on balls as Vancouver went 4-for-9 with runners in scoring position, leaving eight men on.

Schultz gave up three runs (two earned) on four hits and four walks over four innings but struck out four. He helped out his own cause in the first by picking off a Hoover walk at first after Marlowe’s homer. Schultz again minimized the damage in the second inning by getting Labrada to tap one back to the mound to strand runners on second and third. He had his first scoreless inning in the fourth by overcoming a Martinez error off the bat of Marlowe with one out.

Hayden Juenger earned his first professional win with two innings of one-hit, one-walk and one-plunk ball while whiffing four. Concepion coughed up a run on a hit, a hit by pitch and two walks in the seventh. McAffer allowed three earned runs out of four on three hits and three walks but struck out two over the final two frames. He was able to strand a pair of two-out walks to Marlowe and Hoover in the ninth by getting Labrada to ground out to first to end the game.

Vancouver bumped up its record to 48-55, leaving them 10 games out of a playoff spot with 17 games left to play. Everett drops a half-game out of first place behind Eugene. Both teams have 45 losses with the Emeralds having 59 wins and the AquaSox with 58. It was not that long ago that Everett and Eugene were all but assured of playoff spots but Spokane is now just 1-1/2 games back of Eugene and one behind Everett to make it a three-horse race in the High-A West.

Another player is making the trek to join the C’s from Dunedin. Outfielder Justin Ammons is on his way out west after spending the year with Low-A Dunedin and the Jays squad in the Florida Complex League. The 23 year-old from Beaumont, South Carolina signed with Toronto as a free agent on July 16, 2019 out of the University of Tennessee. The left-handed hitter slashed .167/.326/.222 in 23 games with Dunedin and .308/.438/.423 in 15 contest with the FCL Jays. He has a combined nine stolen bases and has been caught just once. He will be wearing number 28, worn by outfielder Cameron Eden earlier this year. Eden has been on the injured list since July 3.

For those keeping track of uniform numbers, Schwecke is wearing number 11 after wearing number 9 for the C’s two years ago. The number 11 was last worn by pitcher Troy Watson who has been on the sidelines since mid-May and is on the 60-day injured list.

Alejandro Melean makes his Vancouver debut as he gets the start Wednesday in Everett for a 7:05 pm first pitch on CanadiansBaseball.com. He will be wearing number 17. Juan Then starts for the WaterSox.