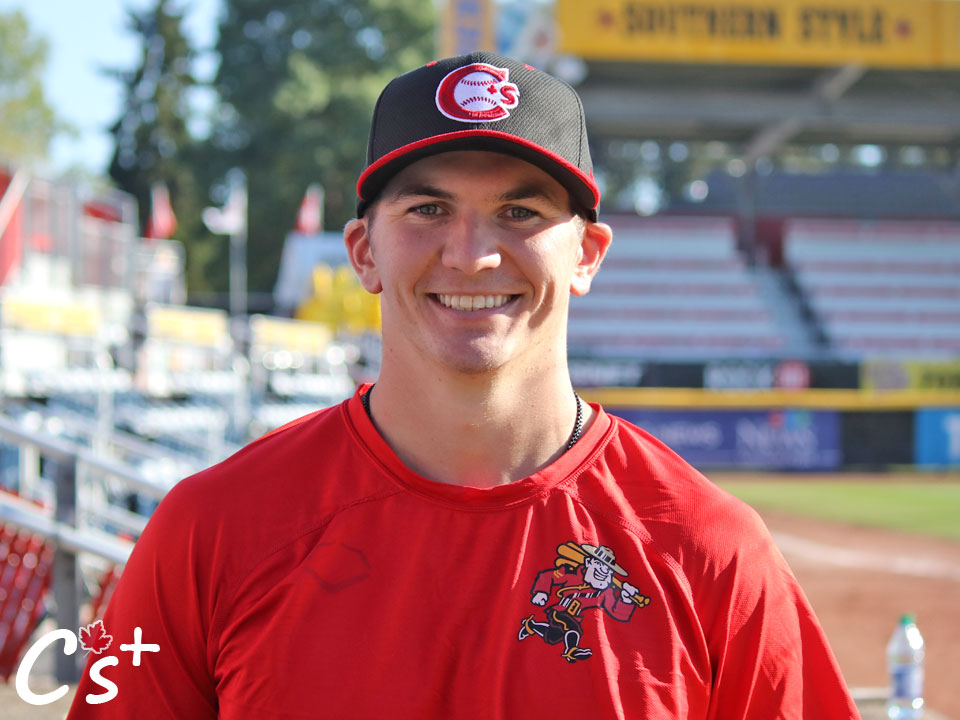 The Vancouver Canadians were able to cool off the Spokane Indians with an 11-5 victory at Ron Tonkin Field Wednesday.

Adam Kloffenstein struck out the side in the first inning for Vancouver but Spokane scored the first run just two batters into the second. Grant Lavigne worked the count full before drawing a leadoff walk, stole second base and scored on a Aaron Schunk base hit.

The Canadians would fight back in the top of the third inning against Helcris Olivarez as he hit Zac Cook to open the frame. The Spokane hurler then made a throwing error that allowed Eric Rivera to reach base and Cook to make it to third. Tanner Morris then walked to load the bases and Spencer Horwitz tied it with a base hit to right to bring in Cook. An Olivarez balk scored Rivera with the go-ahead run and a Luis De Los Santos grounder to second cash in Morris to make it 3-1 Vancouver. Philip Clarke capped the inning with a sacrifice fly to center to drive in Horwitz with the fourth Vancouver run.

Spokane would match that outburst with a four-run inning of their own in the fifth off Kloffenstein. Austin Bernard started the inning with a ground-rule double and went to third on a Jack Blomgren single. Isaac Collins then delivered a two-run triple to cut the Vancouver lead to one and he would score the tying run on an Ezequiel Tovar double. Tovar would come around to score on two wild pitches from Kloffenstein to put Spokane ahead 5-4.

Vancouver would tie the game in the fifth against Jared Biddy. A one-out double to right field by Rafael Lantigua came home when Clarke lined a single to right.

The C’s would grab the lead for good in the eighth when Davis Schneider and Trevor Schwecke heard ball four to begin the inning against Jake Sommers. That led to a pitching change as Fineas Del Bonta-Smith entered the game for Spokane. He gave up an RBI single to right by Cook that scored Schneider with the tie-breaking run. Rivera was walked to load the bases and Morris came up with a run-scoring knock to left to bring Schwecke home. Horwitz also singled to left to score Rivera, Lantigua doubled to left to drive in Morris and Clarke rounded out the scoring with an RBI groundout to second to bring home Horwitz.

Horwitz equalled the Northwest League/High-A West record for the longest hitting streak at 26 games with his first-inning single to center field. That ties the mark set by Tri-City’s Gary Johnson in 1962.

Will Robertson was hit by a pitch with one out in the second inning but did not go any further.

Schneider started the fourth inning with a double to center and Cook drew a one-out walk to force Olivarez’s exit from the game. Biddy got Rivera to pop up to second and induced a tapper back to the mound from Morris to get out of the inning.

Vancouver had a chance to take the lead in the fifth when Robertson doubled to right, one pitch after Bernard dropped a foul ball the pitch before from behind the plate. Schwecke kept the inning going with a two-out walk but Cook grounded out to third for the third out.

The C’s were retired in order in the sixth and seventh before breaking through in the eighth.

Horwitz had a three-hit night and drove in three runs and Lantigua had two doubles after being brought into the game defensively at short for De Los Santos. Lantigua took over in the top of the fourth at the six-spot after De Los Santos grounded out in the bottom of the third.

Morris drew a walk in the third inning to extend his on-base streak to 33 games and added a hit. Cook was on base three times with a hit, a hit by pitch and a walk.

Schneider had a double and two walks and Robertson singled, walked and took one for the team.

Clarke drove in three runs with an RBI single, RBI groundout and sac fly and Schwecke drew a pair of walks. Vancouver was 6-for-14 with runners at second and/or third and stranded nine runners.

Kloffenstein made it through 4-1/3 innings, giving up five runs on seven hits and three walks but striking out seven. Hayden Juenger struck out a pair in 1-2/3 perfect innings and stranded a runner. Gabriel Ponce rung up four batters over two perfect frames to earn the win. The bullpen was one out away from perfection before Will McAffer gave up a two-out single to Blomgren but McAffer got Isaac Collins to fly out to left to end the game.

Vancouver’s slim playoff hopes are all but done despite getting their 52nd win against 58 losses. The C’s are 10-1/2 games behind Spokane for second place with just 11 games left to play. Eugene is now atop the High-A West standings by half-a-game over Spokane while Everett is two-and-a-half games out of first and two back of Spokane.

Andrew Bash gets the start for the Canadians in the third game of this series. Chris McMahon goes for Spokane in a 7:05 pm first pitch on CanadiansBaseball.com.

The C’s have placed infielder Sebastian Espino on the seven-day injured list. The 21 year-old from the Dominican Republic was on the injured list back in late July. He missed a chunk of time in the last week of August and has not played since September 2.

Shortstop Orelvis Martinez has not played since last Friday in Everett when he hit his ninth homer with the C’s and drew a pair of walks. Martinez had the night off last Thursday so he has not been in the lineup for four straight games and five of the past six. Though he has not been placed on the injured list, there’s no word yet on Martinez’s status for the rest of the year.