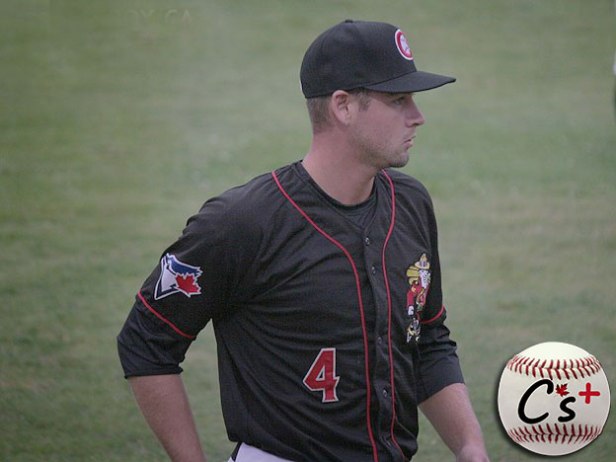 Owen Spiwak has been assigned #9 for the Vancouver Canadians in 2017.

One of the three Canadians on the C’s 2017 Opening Day roster is just days away from playing his first professional game in Canada.

Mississauga, Ontario native Owen Spiwak made it as far as the on-deck circle in his first game at Nat Bailey Stadium against the Salem-Keizer Volcanoes last September 1. He was due to lead off the third inning but the game was called due to rain and the next day’s game was also washed out, leaving the Odessa College catcher with zero at-bats on Canadian soil. He did get to play on the final day of 2016 in Tri-City where he drew a walk in four at-bats September 5.

Despite that disappointment, the 22 year-old Spiwak was happy to get promoted to Vancouver from the Gulf Coast League.

“I was excited to get back here, to see all of the guys that I didn’t see since spring training,” said Spiwak. “The weather wasn’t the best but it was a good environment, the crowd was lively even though it was the end of the year, so it was a good little taste.

“I was excited to get up there and try and get an at-bat. The crowd looked pretty excited so it was a little disappointing not to get in there but I’m here now.”

Spiwak noted the distinct difference between playing at The Nat and the Gulf Coast League.

“In the GCL, there’s no one really there so there’s not as much energy in the crowd but being here with a full stadium was definitely loud,” said Spiwak. “It’s a lot different, it gets your adrenalin going so it’s a fun time.”

Spiwak has spent the majority of his career at the GCL. He batted .293 in his first year there after being drafted by the Toronto Blue Jays in round 10 of the 2015 draft. He batted .293/.337/.329 with one home run, nine runs batted and one stolen base. That home run came against the GCL Yankees West July 25.

Spiwak started 2016 in the GCL and slashed .164/.333/.255 with two doubles, a homer and two runs knocked in. He did show gains behind the plate by cutting down his passed ball total from 11 to four. The 6-foot-2 backstop continues to try to develop his game on both sides of the plate.

“Up in extended, I’ve really been working on my defence, trying to make sure I’m a lockdown defender and then work on my approach a little bit offensively,”said Spiwak. “I try to get in there and try to be ready right out of the gate. First pitch, first at-bat, looking for a fastball and try to hit it hard. ”

Spiwak is confident in his abilities as a receiver and in working with pitchers.

Spiwak believes he’ll be working with some talented pitchers on the C’s, especially the relievers.

Bouchey and infielder Mattingly Romanin join Spiwak as the Canadian content on this year’s Vancouver Canadians. The significance of that is not lost on him.

“I’m always excited to play and represent Canada, wherever I am,”said Spiwak. “Especially being in Toronto’s organization, that’s awesome and now being back in Canada with a couple of other guys that are Canadian. We’re all excited to wear that maple leaf.” 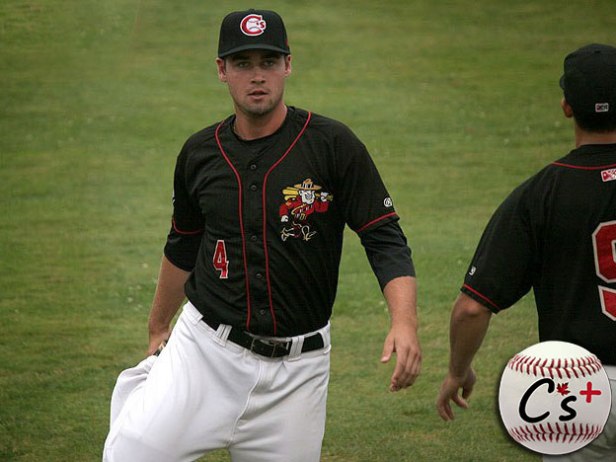 Owen Spiwak made his Vancouver Canadians debut on the final day of the 2016 season.

With the 2017 draft being held this week, the Canadian National Junior Team alumni recalled his draft experience.

“Baseball Canada is really booming right now so we got a lot of young guys that are coming up. I’m so excited for them,” Spiwak. “I remember a couple of years ago when it was my turn, I was excited. It was a big weekend.”

“It means the world to me. I like to play baseball professionally,  my whole life growing up, but being picked by Toronto was a really special feeling.”

It will also be a special feeling for him to finally get that first plate appearance on Canadian soil.

My thanks again to Owen Spiwak for taking time out to chat with me on Media Day.