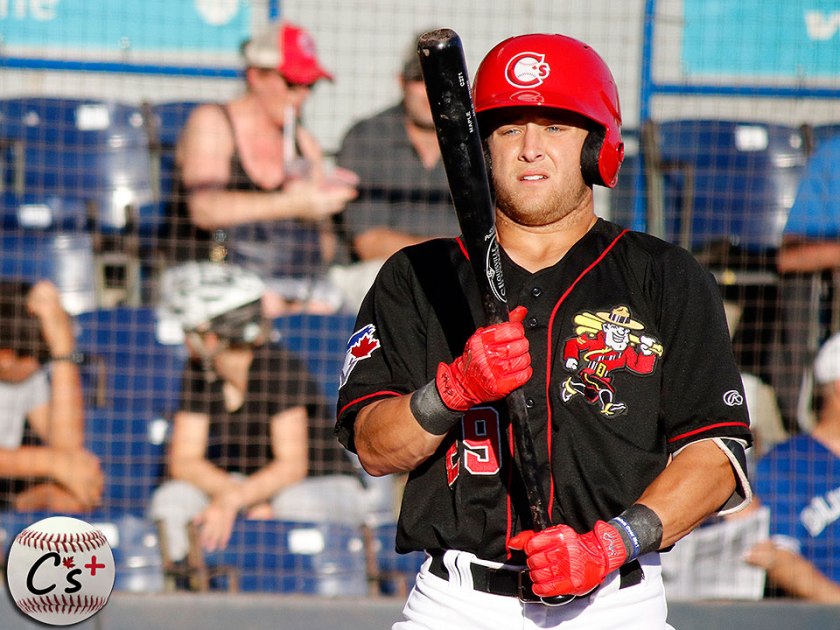 The Vancouver Canadians hope a return home will help them fare better against the Tri-City Dust Devils over the weekend. The C’s lost the rubber match of their three-game set to the Double D’s 12-3 at Gesa Stadium Thursday night.

The C’s actually had the lead for half an inning. Reggie Pruitt worked the count to ball four to start the game before stealing second and getting to third on a Kevin Vicuna fly ball. Logan Warmoth then stepped up and whacked his first home as a member of the C’s to left field off Will Stillman to give Vancouver a 2-0 lead.

Juan Nunez could not preserve that advantage as the Dust Devils knocked him around for five runs. Tre Carter singled home the first run and Luis Ascunsion singled in two more on a base hit to Vicuna at second. Nunez dropped the ball covering at first on a Bryant Aragon ground ball that allowed the fourth run to score before a Chandler Seagle groundout produced the fifth run.

Nunez loaded up the bases again in the second thanks to a Kelvin Melean single and hit by pitches to Justin Lopez and Ascunsion but he got out of it with an inning-ending strikeout of Luis Anguizola.

After the C’s wasted singles by Owen Spiwak and Vicuna, Nunez continued to self-destruct by plunking Seagle and Melean and walking Aldemar Burgos in between. A Lopez sac fly and a wild pitch expanded Tri-City’s lead to 7-2.

A two-out single by Bryan Lizardo and a walk to Norberto Obeso led to zero runs in the fourth for the C’s while the Dust Devils would tack on two more runs against Chris Hall. A throwing error by Obeso in left scored an Anguizola walk and an Aragon single.

Warmoth got his second extra-base hit in the fifth with a double off Elias Torres but he would not advance any further. Hall got away with a couple of singles to get out of the fifth without any damage.

Vancouver did a get run in the sixth when Deiferson Barreto doubled with one out and got to third on a Lizardo groundout to short. A Torres wild pitch brought Barreto home to make the score 9-3. The Dust Devils did not take that lying down as Seagle swatted a two-run homer off Orlando Pascual to give the home side an eight-run lead.

Jordan Guerrero had no trouble out of the Tri-City bullpen as he struck out the side in order in the seventh. Bobby Eveld served up a solo shot to Carter in the bottom half to put the Dust Devils up by nine.

Guerrero retired the side again in the eighth and Jake Fishman matched that 1-2-3 effort with a strikeout of Melean among his three outs. Alex Cunningham encountered no resistance in the ninth to wrap up the series victory for the Dust Devils.

Warmoth had the lone two-hit effort and extra-base knocks for Vancouver while Pruitt swiped his 19th base. The C’s managed just six hits and two walks, going 1-for-7 with runners in scoring position and stranding five runners.

Nunez was charged with five earned runs out of seven in three innings, giving up five hits, three walks and four hit by pitches to fall to 2-4. Hall’s two runs were also on the unearned side of the ledger as he allowed three hits and a walk while whiffing two over two innings. Pascual gave up a two-run homer but struck out one and Eveld allowed a home run and two more hits while also ringing up one in his inning of work. Only Fishman had a perfect frame on the night for Vancouver.

The Dust Devils held a Christmas In July event for the series opener Tuesday with Nate Pearson getting to meet the North Pole’s most famous resident.

Christmas in July!🌲🎅🏼 May or may not have hurt Santa’s leg😬 pic.twitter.com/8lGRGqyh9d

The C’s may be out of Tri-City but they are not done with the Dust Devils yet. The Pasco, Washington-based club now makes its way to Nat Bailey Stadium to start up another three-game series Friday. First pitch is at 7:05 pm and the game can be heard on TSN 1410 and CanadiansBaseball.com. The series continues Saturday at 7:05 pm and wraps up Sunday afternoon at 1:05 pm.

JULY 30 // Attention all C’s fans, Sunday is Canada Baseball Day presented by @Rogers. Let us know how you plan on spending your day! pic.twitter.com/7qyvHhA1K6

In Buffalo, Dwight Smith Jr. (2012) had two doubles in a losing cause as the Bisons lost to Durham.