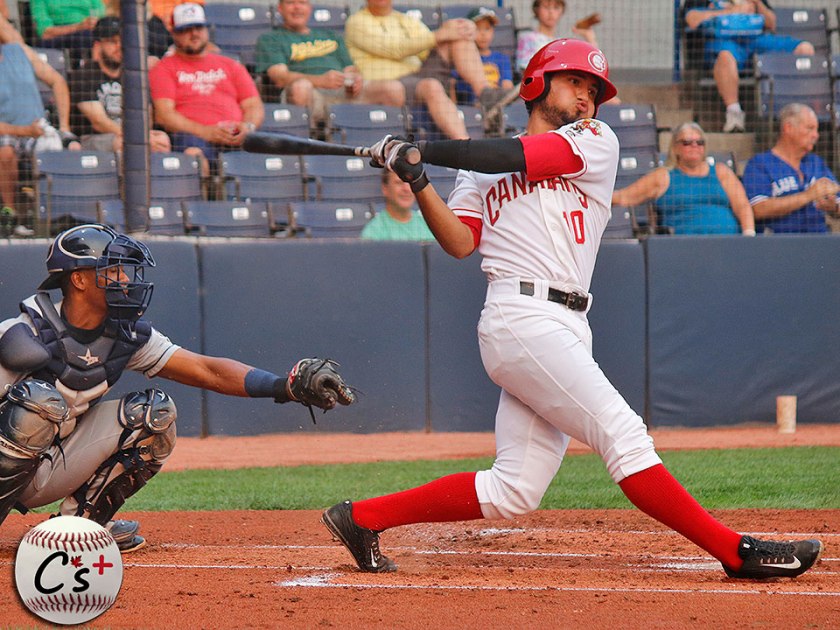 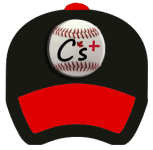 The Vancouver Canadians began an eight-game homestand on a losing note as they lost 3-0 to the Tri-City Dust Devils at Nat Bailey Stadium Tuesday night. Just when it appeared the C’s were turning a corner with the bats after scoring 10 runs the night before in Hillsboro, they were shut down by four Dust Devils hurlers.

Donnie Sellers started this one for the home side and managed to get out of the first inning despite giving up three hits. Sellers got ahead of Kevin Podorsky with two strikes before giving up a base hit up the middle. Riley Adams took care of Podorsky by nailing him on a steal attempt at second. Kelvin Melean and Tre Carter followed with singles with Melean’s drive too hot to handle for Bryan Lizardo at third. Chris Mattison grounded out to Logan Warmoth at short with Kacy Clemens coming off the bag to snare Warmoth’s off-line throw to get the out at first. Justin Lopez flied out to center for the third out.

After getting Reggie Pruitt to ground out to short, Dust Devils lefthander Ben Sheckler was nearly taken deep by Norberto Obeso as his drive just missed clearing the right field fence so he had to settle for a double. After Warmoth grounded to third, Adams got Obeso over to third with a base hit to left but Clemens went down swinging for out number three. 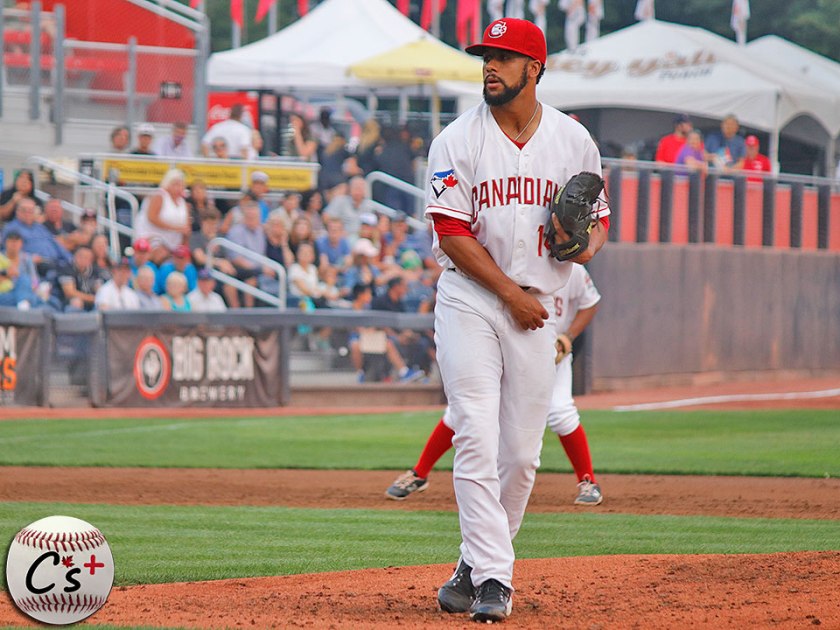 Donnie Sellers kept Tri-City off the board for three innings Tuesday night.

Sellers plunked Jalen Washington in the second but that was the only baserunner he allowed but the C’s went down quietly in the bottom half of the inning. Podorsky got another base hit off Sellers to start the third with an infield single to second. Deiferson Barreto ranged to his left, spun and fired but his throw sailed over Clemens at first. Fortunately for the C’s, Adams backed up the play from behind the plate to keep Podorsky from going to first. That would be key as Podorsky was forced out on the front half of a 6-4-3 double play by Melean. Carter would walk and steal second but Sellers caught Mattison looking at strike three.

Sheckler managed to retire the side in order in the bottom of the third despite falling behind all three hitters. He went to 3-0 on Polizzi but battled back to strike him out in an eight-pitch at-bat. Polizzi thought he had drawn a walk on the 3-1 pitch and tossed his bat away, only to have the umpire call a strike. Pruitt got ahead 3-0 but grounded out to second on a 3-1 pitch. Obeso had the count in his favour at 2-0 but he was caught looking on three consecutive strikes.

The C’s made some defensive changes in the top of the fourth with a new third baseman, a new second baseman and a new pitcher on the field. Lizardo exited the game due to injury so Deiferson Barreto moved from second to third while Kevin Vicuna entered the game at the keystone. The new pitcher was Wilfri Aleton and he allowed a one-out double to Matthew Batten who made it to third after an error in right by Brandon Polizzi. Tyler Benson—not the former Vancouver Giant—came up huge with a single to score Batten. Aleton would strike out Washington and get Aldemar Burgos to ground out to short to limit the damage.

The C’s went down quietly in their half of the fourth but Aleton matched Sheckler’s 1-2-3 frame with one of his own as he struck out Melean and Carter swinging. Vancouver tried some small ball in the fifth as Vicuna laid down a bunt single in front of the plate to get on base. After Matt Morgan struck out, Polizzi also bunted for a hit to second base where Batten made a throwing error that allowed Vicuna to get to third. However, Polizzi was tossed out at second after Mattison got to the ball and fired it over to the shortstop Lopez to get the rally-killing out.

After coming up with a big defensive play, Mattison would lead off the sixth with a double off Aleton. He made it to third on Lopez’s groundout to short and would tag up and score on a Batten sacrifice fly to make it 2-0 Dust Devils.

Vancouver put together their best rally of the night in the sixth when Obeso and Warmoth singled with one out. Adams got a hold of a 3-1 pitch from Sheckler but it was an at ’em ball as he lined out to right. Clemens kept the inning going with a two-out walk to force Sheckler out of the game. Travis Radke would strand all three inherited runners by striking out Barreto. 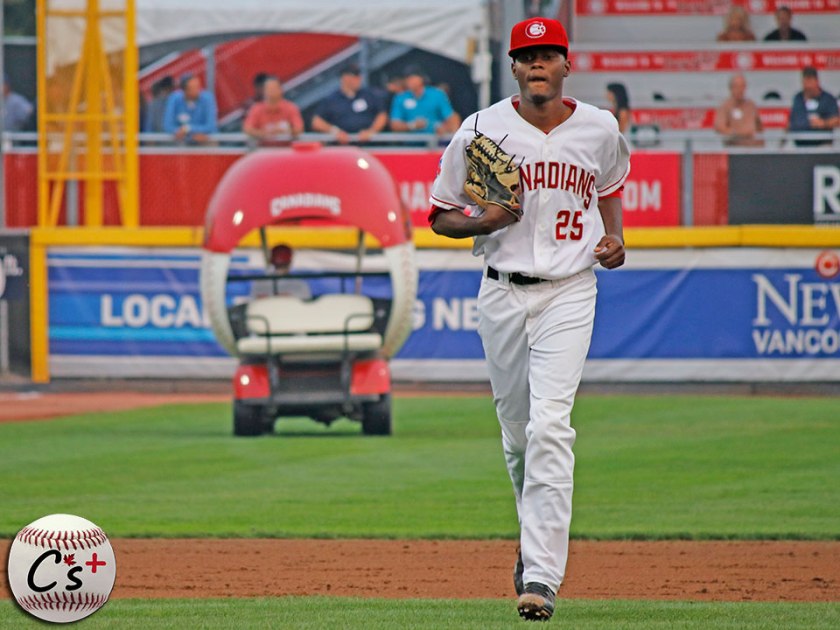 Tri-City decided to work on their short game and it produced immediate results when Washington bunted for a single to second and scampered to third when Burgos’ bunt was thrown away by Aleton. Podorsky tried to lay one down as well but Clemens would snare it at first for the first out. Melean could not get Washington to the pentagon as he flied out. Carter was plunked to load the bases but Aleton escaped by getting Mattison to go down swinging.

Morgan drew a one-out walk for the C’s in the seventh but he was picked off by Radke, who proceeded to strike out Polizzi to conclude the inning. Aleton had to contend with a Lopez single to first and a Batten base hit up the middle but he induced 4-6-3 double play from Benson before getting Washington to fly out to center. 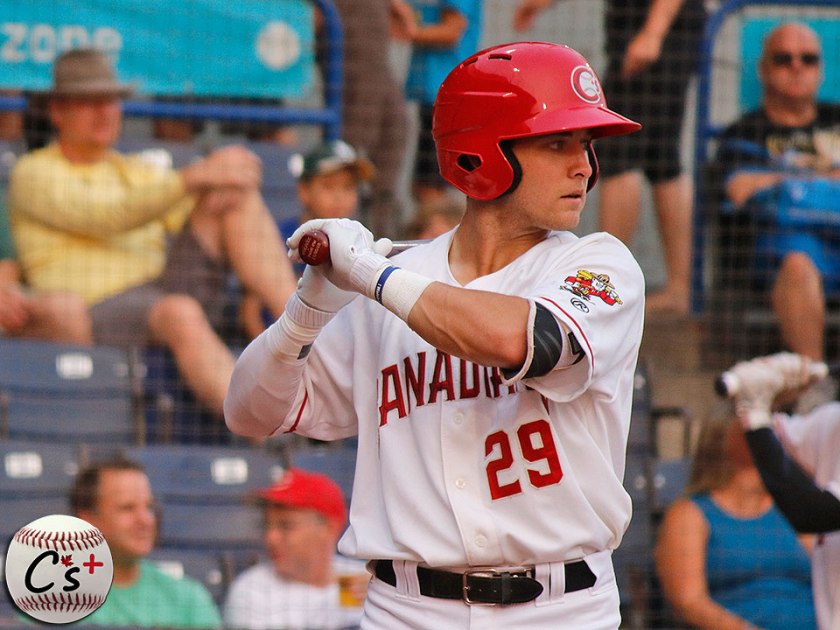 Logan Warmoth was one of two C’s to get on base twice Tuesday night.

The Dust Devils brought in Andres Munoz for the eighth and he made quick work of Pruitt as he went down swinging on a fastball clocked at 102 miles per hour. Obeso went down on strikes but Warmoth battled his way aboard for a walk and he got into scoring position after a wild pitch. Munoz would strike out the side by whiffing Adams.

Orlando Pascual was sent in for the ninth and wound up plunking Burgos.  Pascual retired Podorsky and Melean on fly balls but the third out proved elusive as Carter walked and Mattison took one for the team to load the bases. A balk by Pascual brought home Burgos with Tri-City’s third run before he retired Lopez on a grounder to third.

Fred Schlichtholz took care of business in the bottom of the ninth with a 1-2-3 frame, getting Vicuna looking at a called strike three to end the game.

Donnie Sellers was at 77 MPH on the low end (including his lone strikeout) and up to 95 on the high end with most of his offering in the low 80s and low 90s.

The C’s had six hits and three walks but struck out 12 times. They were 1-for-7 with runners in scoring position with six men stranded.

Sellers scattered four hits, a walk and a hit by pitch while striking out one in three shutout frames. Aleton allowed two runs (one earned) on six hits over five frames to drop to 2-6 but had a 5-0 K/BB total. Pascual plunked two, walked one and balked home a run in the ninth. 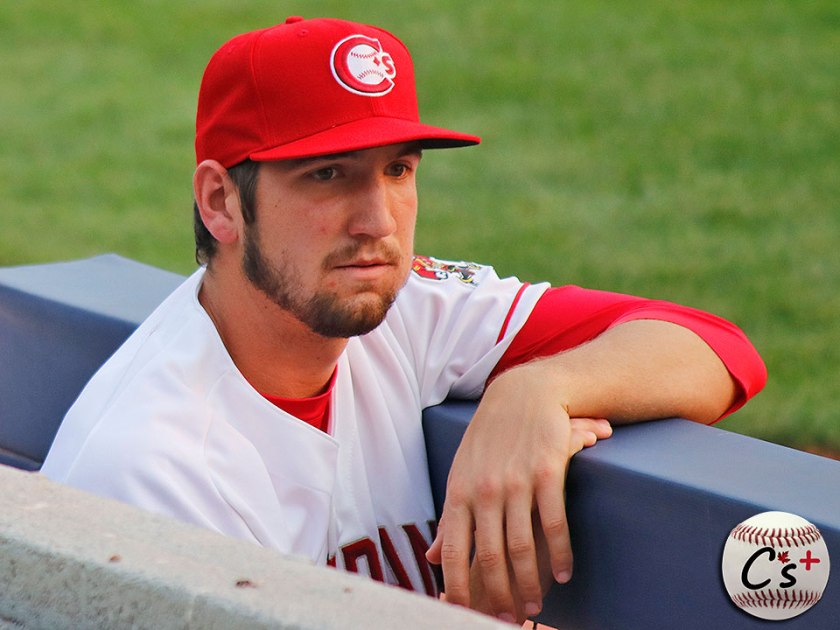 Colton Laws looks on from the C’s dugout before the game Tuesday.

Righthander Colton Laws arrived with the team in Vancouver after making two brief starts in Hillsboro over the last few days. He is wearing #39.

Connor Panas has slugged .522 since the FSL All-Star break.

Chances of making it to MLB? As low as 0.015%. Chances of living up to last name? Maybe less. 3 @DunedinBlueJays are embracing the challenge pic.twitter.com/GPPKTlwH0o

2015 Vancouver Canadian Juan Kelly is in a hot stretch for Dunedin.

The C’s will be wearing Montreal Expos-style jerseys to honor Hall of Famer Tim Raines.

The C’s will be honouring the 2017 HOF inductee by wearing “Expo-inspired” jerseys! pic.twitter.com/8VpCR8hMDd 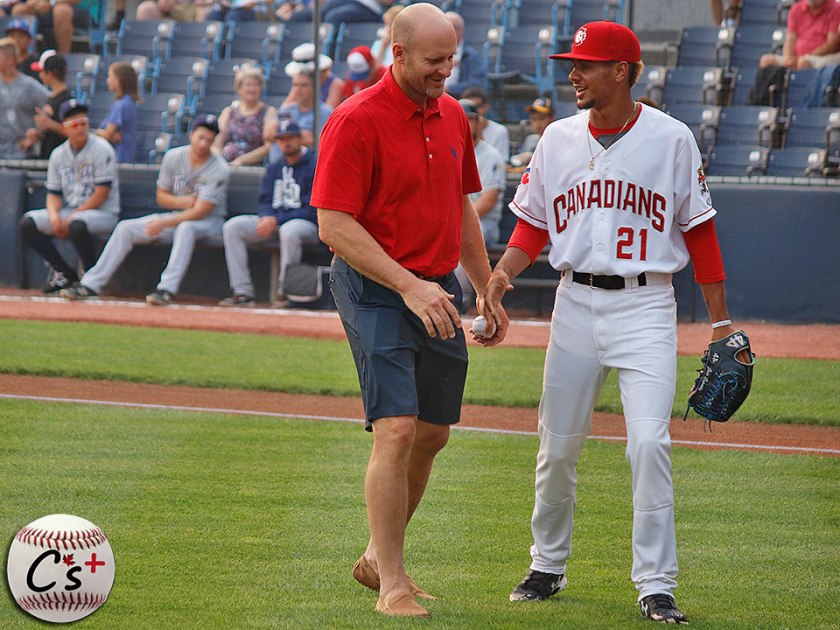 Jose Espada is expected to start the middle game of this series against the Dust Devils Wednesday. First pitch is at 7:05 pm and will be carried on CanadiansBaseball.com and TSN 1040/1410. The first 1,000 fans will get a Kevin Pillar bobblehead doll. Vancouver is now 6-7 in the second half of the season.