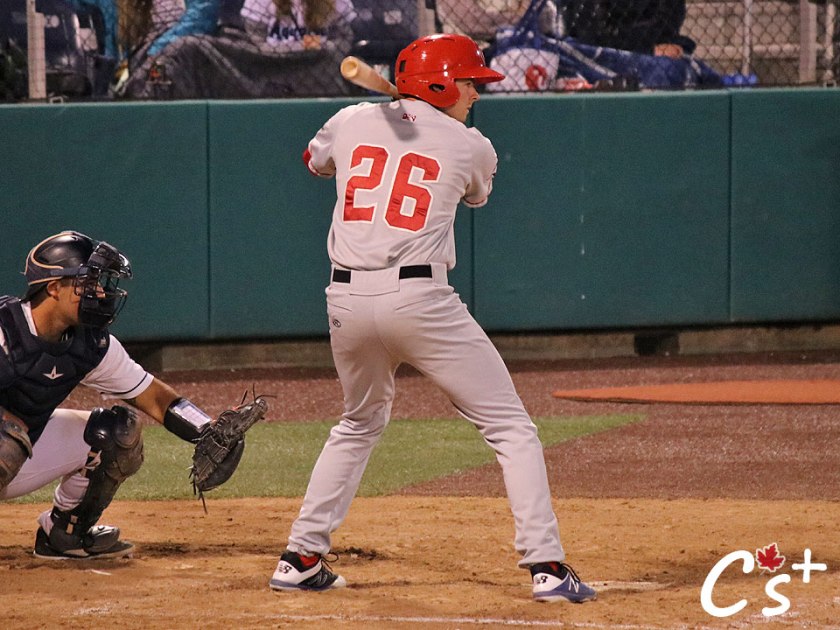 The Vancouver Canadians suffered a double-digit loss to the Salem-Keizer Volcanoes with a 13-3 setback at Volcanoes Stadium Friday. The loss was the fifth in a row for Vancouver as they fall to 5-17 on the season.

Salem-Keizer scored 12 of their runs over the second, third and fourth innings as Gabriel Ponce was charged for five runs and Randy Pondler was popped for the other seven.

The second inning runs were scored on a Keyberth Mejias groundout, a Yorlis Rodriguez single, a Simon Whiteman two-run double and a Franklin Labour double. A Mejias sacrifice fly, a Whiteman single and a Sean Roby two-run knock did the damage in the third. Roby singled home two more runs in the fourth to precede a Kwan Adkins run-scoring single.

The Volcanoes added one more in the eighth on a Beicker Mendoza single to make it 13-1 at the time.

The C’s scored two more runs in the ninth when Davis Schneider was hit by an Abel Adames hit by pitch with one away and got to second when Adames mishandled a Cameron Eden ground ball. Tanner Morris singled home Schneider and Trevor Schwecke walked to load the bases. An Adames wild pitch allowed Eden to cross home plate with the game’s final run.

Jacob Lopez got away with three hits and four walks by striking out four over four shutout innings. Trevor Horn gave up Clarke’s home run but got the win for lasting three frames. Cooper Casad pitched a scoreless eighth.

Andy McGuire allowed two of three inherited runners to score but pitched 3-1/3 shutout innings. Luke Gillingham gave up one more in the eighth.

Vancouver tried to get things going in the first when Eden reached on an infield single to short and Morris walked but the C’s went down in order after that. The second inning also saw the Canadians get their first two men on when Ronny Brito singled and Brett Wright walked but nothing else came out of it.

Morris walked to begin the third but he was erased on an inning-ending double play. Brito and Wright would get on base again in the fourth with a single and hit by pitch with Brito getting as far as third but Vancouver was kept off the board.

Eden drew a leadoff walk in the fifth but was retired on another double play. The former California Golden Bear heard ball four again in the seventh to join a Schneider single on the basepaths but another inning-ending double play happened.

McGregory Contreras made sure the C’s had at least one runner on base for every inning with a two-out single and took second on defensive indifference but he got no further.

Vancouver had just one hit in 12 at-bats with runners in scoring position and left 10 men on base.

The series finale goes tonight at 6:35 pm with Juan Diaz on the hill for Vancouver. The game from Volcanoes Stadium can be heard on Sportsnet 650 and CanadiansBaseball.com.

The C’s return home Sunday to host the Everett AquaSox for the first time this season. Sunday’s game is at 5:05 pm with Monday’s and Tuesday’s contests set for 7:05 pm.