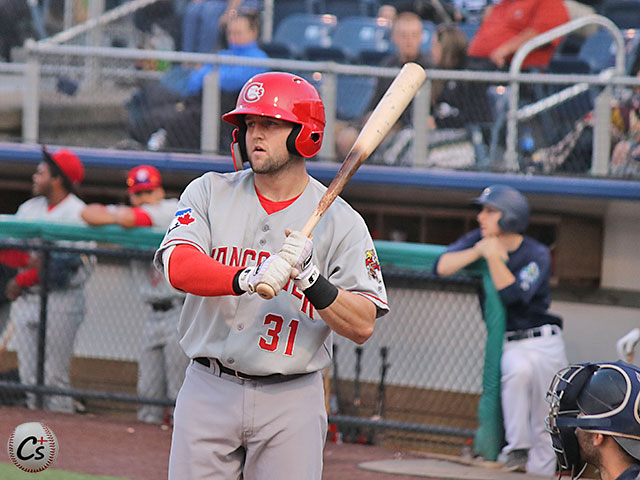 The Vancouver Canadians knocked off the Everett AquaSox 7-1 to earn a six-game series saw-off at Ron Tonkin Field Sunday.

The AquaSox jumped out to a second inning lead when Connor Hoover homered over the wall in right-center field off Paxton Schultz.

A two-out rally by the Canadians would tie the score in the bottom of the second. Sebastian Espino singled to right off Everett starter and Mariners 2019 first rounder George Kirby. Espino trotted into second after a Kirby wild pitch and he would race home on a Rafael Lantigua triple to right. D.J. Neal would ground out to third to leave Lantigua at the hot corner.

Neal would start up the fifth-inning rally for Vancouver by lining a leadoff single to left and stealing second base. After a Tanner Kirwer walk, Neal would come home on a Philip Clarke base hit up the middle to give the C’s a 2-1 lead. Spencer Horwitz expanded the Vancouver advantage to two when his one-out single cashed in Kirwer from second. AquaSox third baseman Austin Shenton committed an error that saw Luis De Los Santos reach base and Clarke score from third to make it 4-1 Vancouver. Espino capped the five-run rally by lining a double to center to drive in Horwitz and De Los Santos. Kirby was given the hook by Everett manager and Vancouver native Louis Boyd. Igor Janaurio got Lantigua to line out to third for the final out.

Lantigua put the icing on the cake with a solo shot to right-center off Julio Dilone in the eighth.

Espino and Lantigua had two hits and two RBI while Clarke and Horwitz also had two knocks an a run batted in. Horwitz also had a stolen base after a single in the seventh off Bernie Martinez. Neal also stole a bag along with Cameron Eden, who will now stand a chance of catching Kirwer for the league lead in steals. Eden was 0-for-4 but managed to pilfer his 22nd pillow of the year. Eden reached base on a 6-4 fielder’s choice that forced out Clarke’s single but he stole second and went to third in the first inning. Eden was left at third when Horwitz grounded out to third.

Kirwer singled to start inning number three and a Ryan Gold single was bunted over to second by Espinal in the fourth but the C’s were unable to break through against Kirby.

Kirwer, Neal and Gold all had base hits to give Vancouver 11 on the day. Kirwer drew the lone walk as the C’s went 4-for-12 with runners in scoring position.

Brandon Eisert got back on the beam to earn the victory in relief for Vancouver. The lefty from Portland, Oregon was scored upon in his last two outings but he stranded two inherited runners from Schultz and put together 3-2/3 shutout innings in which he allowed three hits and a walk while striking out four.

Schultz had the lone Everett run on his ledger on five hits and three walks but struck out three to go along with five outs on the ground. Two of those outs came when he was able to get Tyler Keenan to hit into a 4-6-3 double play to strand a couple of one-out singles to end the third inning. Schultz also struck out the side in the first to leave the bases loaded after two walks and a single with just one out.

Parker Caracci finished the final two innings and got six outs despite facing five batters. He stranded two Eisert runners by getting Joseph Rosa to ground into a 6-3 double play. Caracci then struck out three of the next five hitters he faced, including a game-ending whiff of Cody Grosse to chop his earned run average down to 1.19. It would not be surprised if the former Ole Miss Rebel gets called up to Double-A New Hampshire in the near future.

Speaking of call-ups, 2018 and 2021 C’s teammates Kirwer and lefty Marcus Reyes are heading to Manchester, New Hampshire for their first taste of Double-A ball with the Fisher Cats. Kirwer posted a .420 on-base percentage and stole a High-A West league-leading 25 bases, only being caught twice. Reyes was 1-0 with a 3.68 ERA for Monty’s Mounties this year, collecting a save and recording a WHIP of 1.02. The former San Diego State Aztec was also a member of the 2017 Northwest League champion Canadians. Best of luck to them both.

Heading back to Vancouver from New Hampshire is righty Connor Law. The 6-foot-4 hurler from Chatham, Illinois pitched for the C’s in 2018 and struck out 33 batters in 27-2/3 innings.

Vancouver finds itself in third place in the standings with a record of 24-18, one game back of Everett and two-and-half back of first place Eugene. The C’s remain undefeated on Sunday as they are 7-0 in series finales.

The Canadians will be on the road for the rest of June. They will begin a six-game series against the Eugene Emeralds at P.K. Park on Tuesday. All games will be broadcast on CanadiansBaseball.com at 7:05 except for the series finale which is at 1:05 pm Sunday. There is no announcement yet on who will start the series opener Tuesday. C.J. Van Eyk and Adam Kloffenstein are listed as the probable starters for Wednesday and Thursday. After their series with the Emeralds, Vancouver will then pay their first visit to Everett the following Tuesday for another six-game battle.

Cavan Biggio (2016) collected an RBI single and a walk as Toronto beat Baltimore 7-4.

Kevin Pillar (2011) homered and walked but the New York Mets fell to Washington 5-2.