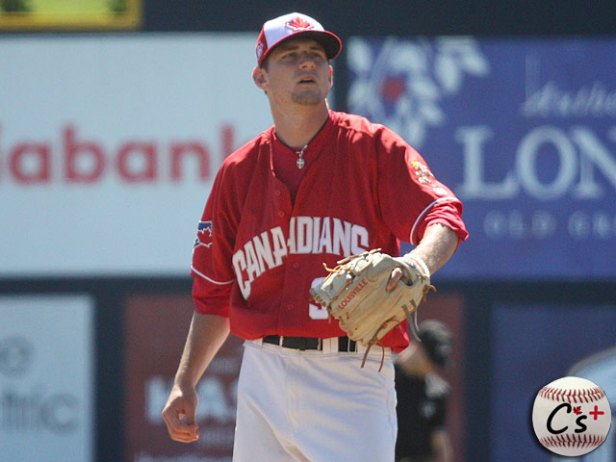 Nick Hartman has appeared in 30 games out of the bullpen so far in his minor league career.

The stage is set for Nick Hartman to take on a bigger role in the Lansing Lugnuts bullpen. The 2016 Vancouver Canadians righthander has seen fellow former 2016 C’s relievers Zach Jackson and Jackson McClelland receive promotions from Lansing to Dunedin over the weekend. If Hartman’s recent performances are any indication, he is ready for the challenge.

The 22 year-old Hartman won his first Midwest League game with two shutout innings of relief as the Lugnuts rallied to defeat the West Michigan Whitecaps 5-4 on Sunday. He’s been unscored upon in his last four outings and has given up just a single unearned run over his last six. The Katy, Texas native has seen his earned run average fall from a season high of 12 to 3.29. His Fielding Independent Pitching mark is actually a bit lower than his ERA at 3.21 but his xFIP (expected FIP) is at 4.07 when home runs are factored in. Speaking of which, Hartman has yet to serve up a gopher ball over his 37-2/3 innings with Vancouver and Lansing. He has struck out 11 and walked five over 13-2/3 innings with Lansing this season, limiting Midwest League hitters to a .245 batting average.

The 6-foot-2 Hartman was a ninth-round pick by the Blue Jays in the 2016 draft out of Old Dominion University, signing for the exact slot value of $163,100. In an interview with Lansing play-by-play man Jesse Goldberg-Strassler last month, Hartman talked about how he was used at ODU.

“I pitched about two to three innings on Friday, one on Sunday and one midweek. I thought I was pretty used pretty well…I started as a starter in my sophomore year. The season really wasn’t going my way. And they moved me to the back of the bullpen and I started thriving there. My ERA compared to starter and reliever just  dropped significantly. I really found my role there and it helped me with my confidence and pitching ability.”

Hartman struck out 52 batters over 48 innings in his junior season with the Monarchs and his seven saves placed him in the top 10 in Conference USA play. He spent two years at ODU after a freshman year at LSU-Eunice junior college. He drew ODU’s attention by striking out seven of nine batters he faced in a Coastal Plain League game in 2014 for the Fayetteville Swamp Dogs against the Peninsula Pilots, who were skippered by Monarchs coach Chris Finwood. 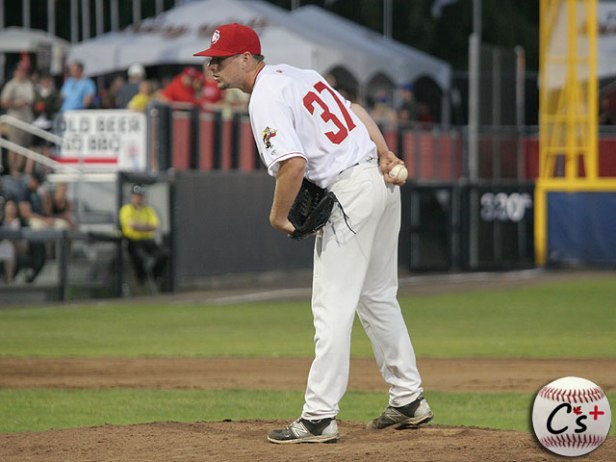 Nick Hartman went 4-for-4 in save opportunities with Vancouver in 2016.

Hartman’s pro debut in 2016 came with the Vancouver Canadians and he earned a hold against the Hillsboro Hops with a shutout inning June 23. He recorded his first two professional wins against the Tri-City Dust Devils July 29 and on the road against the Eugene Emeralds August 4. His first save came in Hillsboro August 15 and he went on to convert his other three save opportunities to close out the year with the C’s.

Hartman began playing baseball for a select team coached by his Dad when he was around 8 years old and that’s where he developed his love of being on the mound.

“I love pitching. It’s my favourite thing to do in baseball. I liked hitting but I wasn’t so good at it,” Hartman said. “Just the competition and striking a guy out. It really gets my heart rate up and I sure enjoy it.” 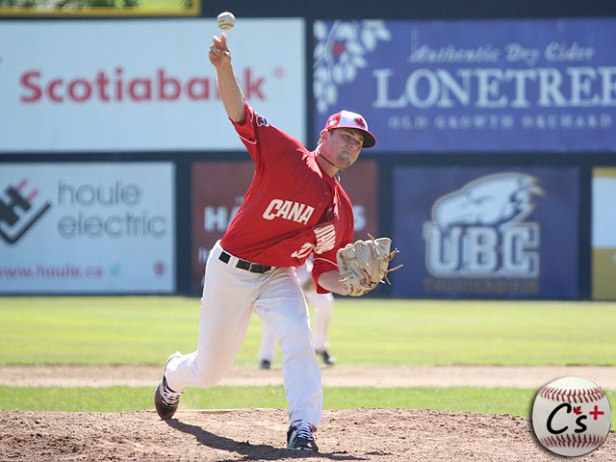 According to Baseball Prospectus Toronto, Hartman’s repertoire features a fastball that “touches 96 mph and a ‘good’ curve that sits in the 76 – 78 mph range”. He says he still needs to work on locating his heater.

“Last year, I’d leave the ball up and I just want to work on getting it down and really work with my catchers and see if I can get that two-seamer working down. That’s been my goal.”

The month of June will be a big one for Hartman personally and professionally. He and his fiancee are expecting their first child in the coming days. Best wishes go out to them and their families.