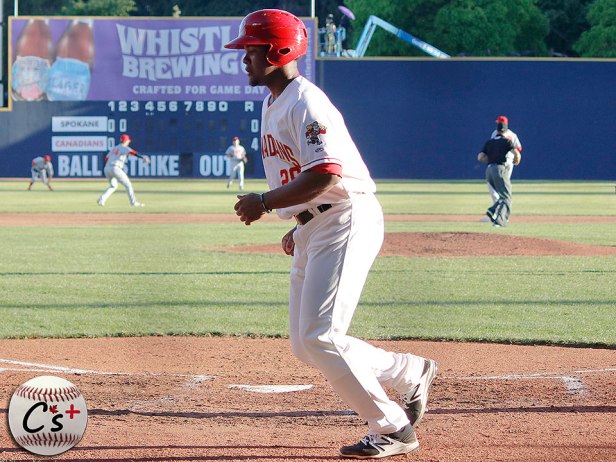 The Vancouver Canadians clinched their straight series victory of 2017 after a 10-4 drubbing of the Spokane Indians at Nat Bailey Stadium Saturday night. It didn’t look like the C’s were going to reach double digits given the events of the first inning when the visitors were practically begging them to score first with some charitable play with the leather. 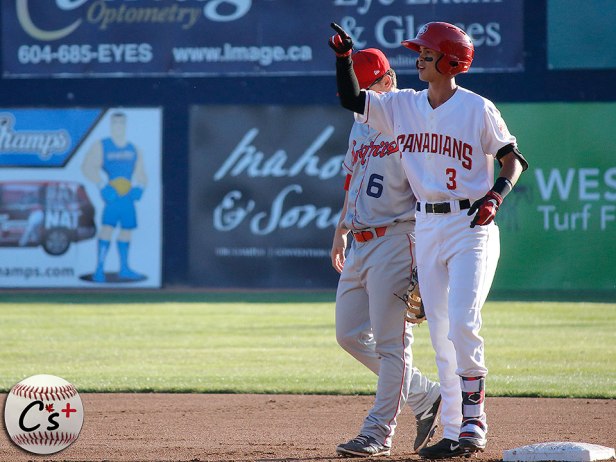 Kevin Vicuna was on base four times in his second game out of the leadoff spot.

Kevin Vicuna got the leadoff assignment for a second straight game and singled to right on the second pitch of the game off Indians starter Alex Speas. The next two hitters reached on errors as Cullen Large got aboard on a miscue at short by Charles Leblanc and Brock Lundquist made it to first after a fly ball was misplayed in left by Kobie Taylor, who may have lost it in the sun. With two extra outs to play with, Vancouver had the bases loaded with nobody out but they could not take advantage. Speas struck out Bryan Lizardo and Javier Hernandez swinging before Kacy Clemens hit one hard but right at third baseman Andretty Cordero to end the inning. 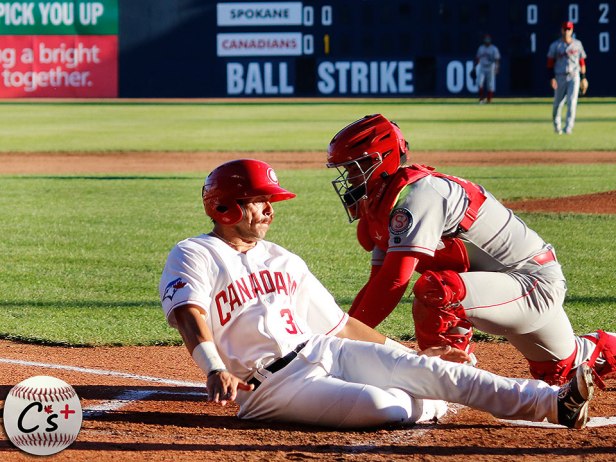 The C’s tried a different approach in the second inning by loading the bases again with two outs and it worked! Reggie Pruitt worked a two-out walk and stole second and that was followed by three more walks to Vicuna, Large and Lundquist to give Vancouver the first run of the game. After striking out the first time, Lizardo got his revenge against Speas by hammering a double to center field to clear the bases, quadrupling the C’s lead to 4-0. Hernandez drove home Lizardo before scoring on a Clemens single on an error by catcher Yohel Pozo to make it 6-0 after two. 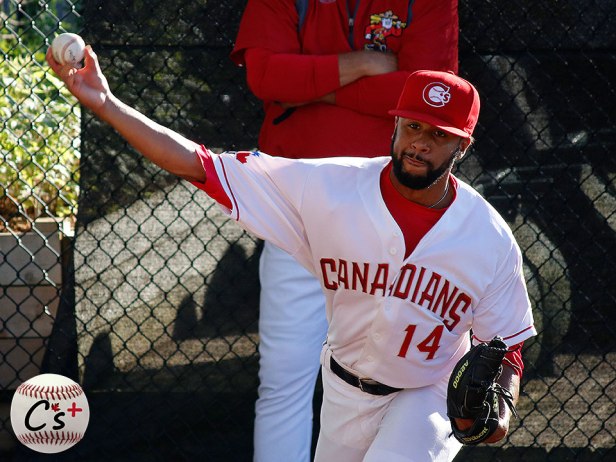 Toronto Blue Jays 2017 11th round pick Donnie Sellers warms up in the bullpen for his first start as a pro.

Donnie Sellers kept Spokane off the board by retiring all six men he faced. He sandwiched a strikeout of Cristian Inora with a pair of first-pitch outs to get out of the first. Inora was shaken up during the at-bat after fouling off a pitch. He completed the at-bat but was replaced by Clayton Middleton at short. Sellers completed his outing with a popup to first and two ground outs in the second.

Wilfri Aleton—the originally scheduled starter for the C’s—took over in the third and Spokane took a page of the Vancouver playbook by starting a rally with two outs. Taylor doubled and managed to score on an infield single by Miguel Aparicio at second. Taylor managed to beat the throw from Large by sliding home past the tag of Hernandez for the Indians’ first run. A Pozo base hit would give Spokane a second run before Aleton got out of the inning.

Vicuna got on base again with two outs in the third after drawing a walk against Speas, who brushed him back with a pitch that sent him to the ground. He tried to get payback by stealing second but he was thrown out to end the inning. 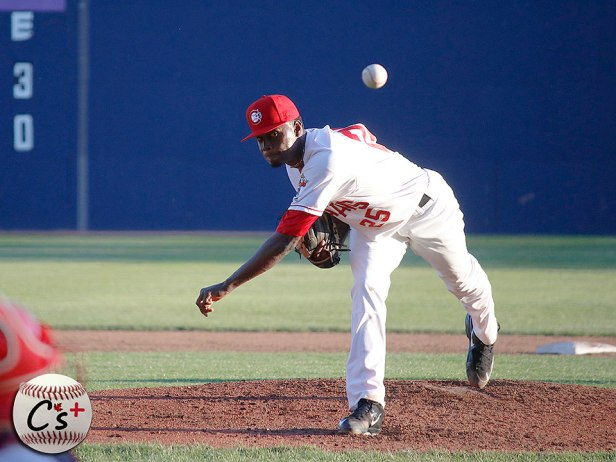 Aleton settled down with a 1-2-3 fourth inning by striking out a pair and overcame two men getting aboard in the fifth inning with a 4-6-3 double play turned by Vicuna after he made an error trying to start a twin-killing the batter before. Aleton retired the last eight hitters in a row before giving the ball to Bobby Eveld in the eighth.

By the time Eveld came in, Vancouver added two more runs in the seventh when Lizardo knocked home his fourth run of the game to score a Lundquist triple that had cashed in a Large base hit. Spokane got those two runs back against Eveld with two singles and a double but the C’s would respond with two more of their own in the eighth. Norberto Obeso smacked a solid single to left field before Riley Adams brought him home with a double. Deiferson Barreto—pinch-running for Adams—would score the 10th run on a Vicuna base hit.

Eveld got a 5-3 double play to erase a leadoff single before a game-ending groundout to third to wrap up Vancouver’s seven victory in 10 tries. Aleton earned the victory with five innings of two-run ball on five hits and no walks. He struck out three and the infield handled five of his eight outs in play.

Vicuna, Large and Lizardo were the hit leaders with two apiece with Vicuna walking twice and Large walking once. Every Canadians batter had at least one hit except for Pruitt but it was his two-out walk that ignited the six-run rally in the second. 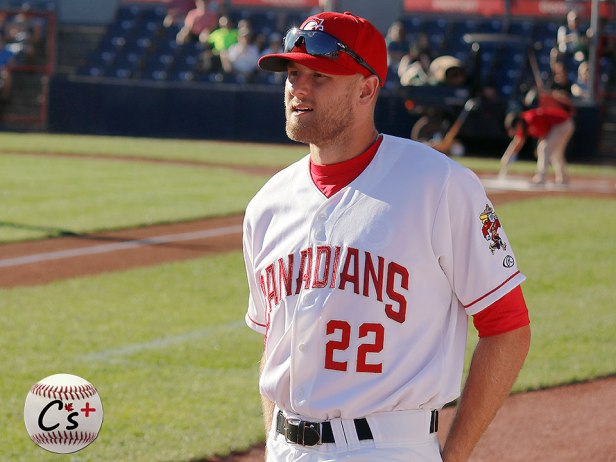 Righthander Justin Dillon is the latest addition to the Vancouver Canadians roster.

Lefthander Juliandry Higuera was promoted to Lansing after 4-1/3 shutout innings over two appearances in he which he struck out nine and walked only one. First baseman Francisco Rodriguez was reassigned to Bluefield after walking once in seven plate appearances.

Righthander Justin Dillon, the Blue Jays’ 10th round selection of 2017 from Sacramento State University was added to the roster. He is wearing Higuera’s old number #22.

Dany Jimenez is slated to start Sunday afternoon for the 1:05 pm series finale. That game can be heard on CanadiansBaseball.com or TSN 1040. Vancouver is trying to catch the Tri-City Dust Devils who are one game ahead of the C’s after losing just their second game in 10 contests.