The Spokane Indians recorded their second straight walk-off win over the Vancouver Canadians with a 3-2 win in 11 innings at Avista Stadium Friday night. The Indians have put themselves in a position to win its first series in four tries against the C’s if they win the series finale Saturday night. 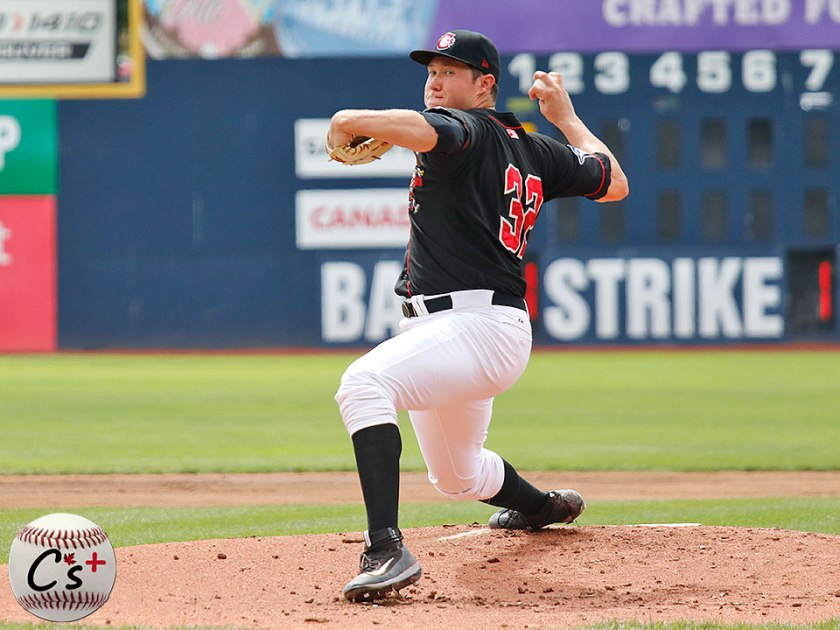 It was a marquee pitching matchup as 2016 Texas Rangers first round pick Cole Ragans squared off against 2017 Toronto Blue Jays first rounder Nate Pearson. Both of them set the tone early with two perfect frames with Ragans striking out four and Pearson whiffing Austin O’Banion to conclude the second inning.

Brock Lundquist broke the shutout in a big way by leading off the third inning with his first professional home run to right-center field. Reggie Pruitt drew a two-out walk but Ragans struck out two more to run his total to six. Pearson completed his night with another perfect inning, striking out Curtis Terry for his second K of the game.

Ragans added two more to his strikeout total to overcome a Kacy Clemens single in the top of the fourth. Brody Rodning replaced Pearson in the bottom of the fourth and gave up Spokane’s first hit when Tyler Ratliff singled with two outs but he surrounded that hit with strikeouts of Chris Seise and and Melvin Novoa to keep the C’s ahead,

Lundquist led off the fifth with a base hit but was gunned down trying to steal second by catcher Matt Whatley. Matt Morgan drew a walk afterwards but he was forced out on a 4-3 double play off the bat of Deiferson Barreto.

Rodning yielded a pair of one-out singles to O’Banion and Terry but he also got a double play ball when Logan Warmoth started a 6-3 double play from Kole Enright.

Brandon Polizzi got on base with a one-out walk in the sixth and moved up to second on a balk but Ragans struck out two more to give him double digits in that category.

Spokane would tie the game at 1-1 when Cristian Inoa took Rodning deep to start the home half of the sixth but Rodning recorded three consecutive groundouts to prevent any further damage.

Noah Bremer relieved Ragans in the seventh and gave up a one-out single to Samad Taylor but Bremer started a 1-6-3 double play off the bat of Lundquist to put up a zero on the board. 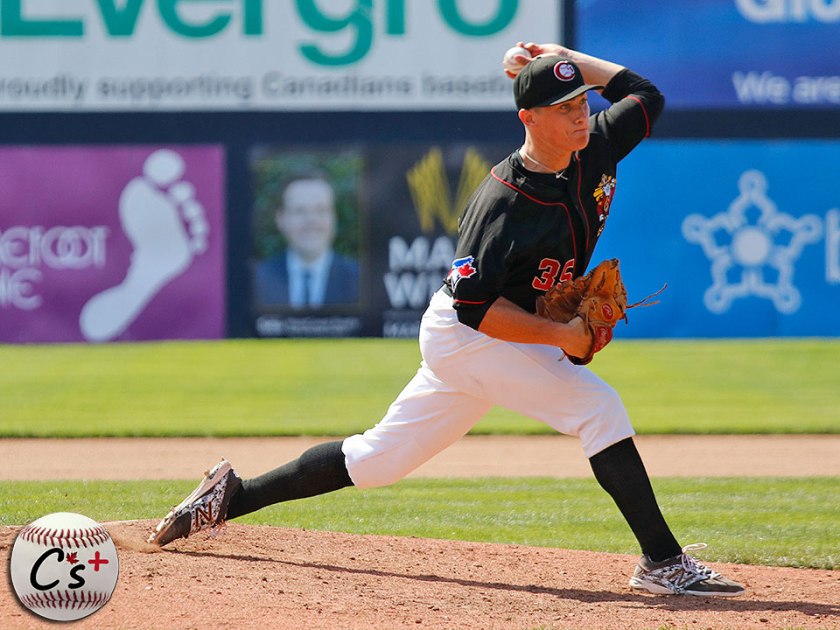 Rodning surrendered a pair of one-out base hits from Whatley and O’Banion but he managed to strand them and keep the game tied after seven.

Spokane sprung some leaks on defence and allowed the C’s to grab the lead. Morgan wound up at second when Enright threw one away from third. Barreto dropped a bunt to put Morgan at third. Pruitt was hit by a pitch to put runners on the corners and Polizzi followed with a bunt to first that was mishandled by Terry, allowing Morgan to cross the plate and Pruitt to get to second. Warmoth lined out to center and Adams hit into a fielder’s choice as the C’s could not add any insurance runs.

William Ouellette replaced Rodning to begin the eighth and struck out Inoa before getting Miguel Aparicio to pop up to Taylor at second. His attempt at 1-2-3 inning was foiled when Seise singled and Ratliff walked but he retired Novoa on a foul pop up to Morgan behind the plate to preserve the lead.

Alex Eubanks struck out the first two batters he faced when he entered the game in the ninth on his way to a three-up, three-down inning.

Ouellette retired the first two hitters he faced, getting Whatley to line out to center and striking out O’Banion before disaster struck when Terry homered to tie the game at 2-2. Enright followed with a single but Inoa grounded out to send this one into extra innings.

Morgan doubled to start off the 10th and Barreto brought home over to third with a sacrifice bunt. Morgan held his ground on a grounder to second by Pruitt but Inoa mishandled it to put runners on the corners. However, Polizzi and Warmoth both struck out to squander an opportunity to take the lead.

Brayden Bouchey was brought in for the bottom half of the 10th and worked around a two-out walk by striking out Aparicio looking and Seise and Nova swinging.

Vancouver got another leadoff base hit when Adams singled to left off Joseph Kuzia but the offence remained stuck in neutral when Clemens hit into a fielder’s choice and Taylor and Lundquist both went down swinging.

The game just lasted one more batter when Whatley homered off Bouchey to give Spokane the walk-off win.

The C’s had lots of trouble making contact in this one by striking out 16 times while getting just six hits and three walks. Lundquist had the lone two-hit game while Morgan was the only other Canadian to reach base twice with a double and a walk. The C’s were 0-for-7 with runners in scoring position and left eight men stranded.

Pearson had five groundball outs and struck out two over three clean innings, throwing 28 of 47 pitches for strikes. Rodning gave up a solo home run and five other hits through four innings, striking out three and walking none. He also recorded five outs on the ground. Ouelette served up the tying homer to blow just his second save opportunity in 11 chances. He surrendered three hits and a walk with a pair of strikeouts over two innings. Bouchey suffered the loss by giving up a homer despite three K’s to offset a walk in one-plus innings.

#NWL Player of the Night 8/15@vancanadians OF Brock Lundquist
3-5 1 R 4 RBI 1 2B pic.twitter.com/ekboggmzIQ

Great to see former @KSUOwlsBaseball P Travis Bergen @TBergen_ back on the hill. He got the start for @vancanadians yesterday. #nodoubt

Ive been saying it for weeks. Looks different. His approach is tighter. I have a lot of faith in him. Such an elite athlete. #FiguringItOut

The C’s look to salvage a split of this four-game set at 6:30 pm Saturday at Avista Stadium. The game can be heard at CanadiansBaseball.com and TSN 1040.

Vancouver is now in a first-place tie in the second half North Division standings with Spokane and Tri-City at 13-10 with Everett just one game back at 12-11.