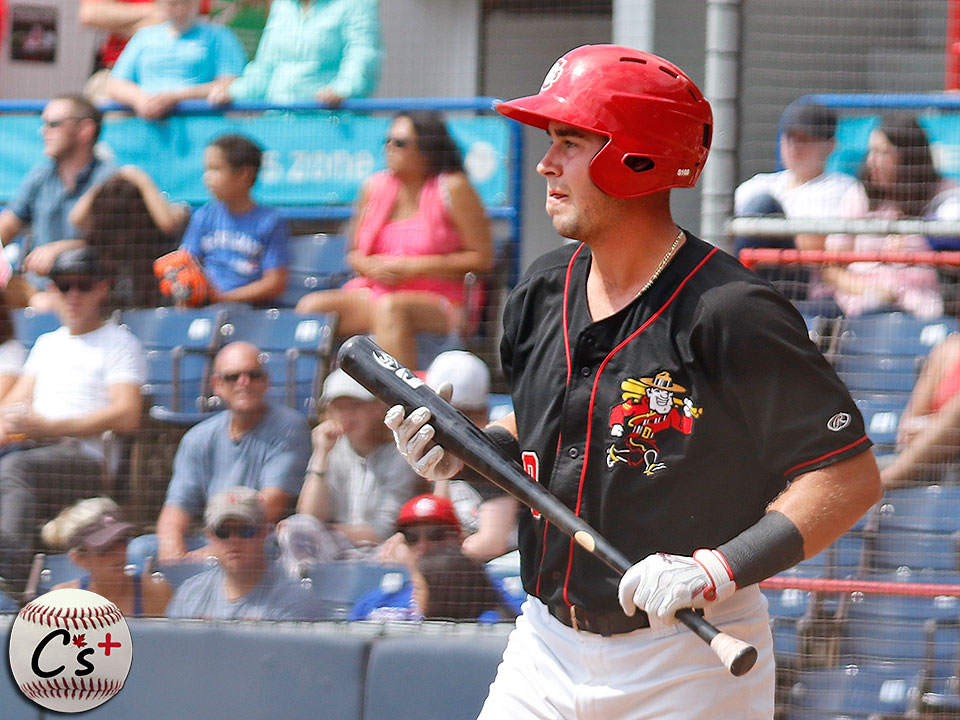 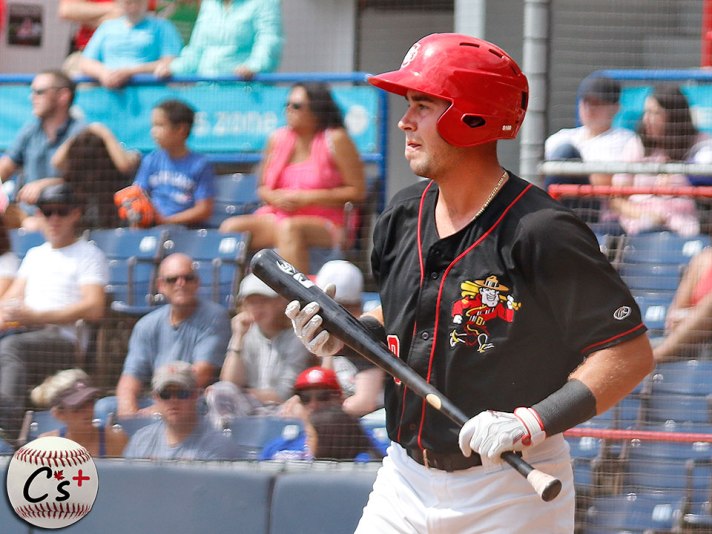 Owen Spiwak slammed his first home run in the Northwest League to put Spokane away Saturday.

The Vancouver Canadians made sure the Spokane Indians would not celebrate a walk-off win or a victory of any kind as the C’s stuck it to the home side in their series finale by a score of 10-1 at Avista Stadium Saturday. The C’s were able to split the four-game set and completed the season series against Spokane by winning nine of out 12. 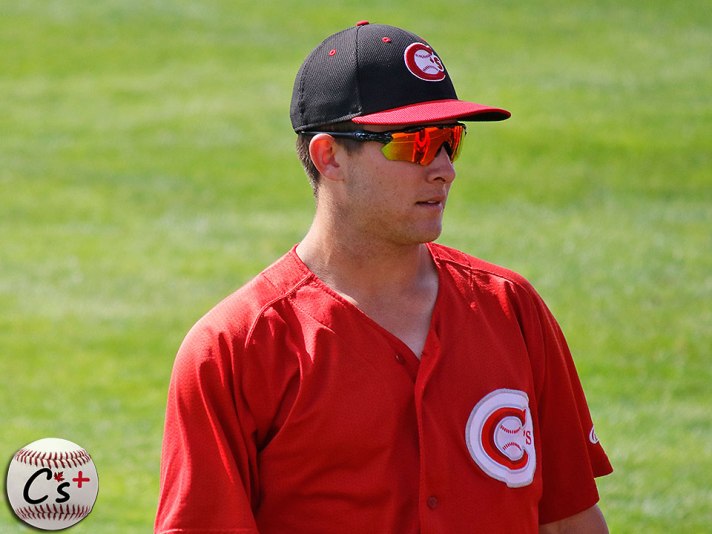 Logan Warmoth gave the C’s a lead they would not relinquish thanks to an RBI single that led to two runs in his first at-bat.

Demarcus Evans received the start for Spokane and had trouble throwing strikes by walking Reggie Pruitt and Norberto Obeso before Logan Warmoth drilled a 3-1 pitch up the middle that was muffed by Miguel Aparicio. That misplay allowed allowed both Pruitt and Obeso to score for a quick 2-0 lead. Kacy Clemens worked Evans for another walk before Brock Lundquist singled to shortstop Chris Seise to load the bases. Seise would boot a groundball from Samad Taylor that scored Warmoth for the third Canadians run. Evans struck out Cameron O’Brien for his first out and his last batter after 30 pitches in total. Ismel Lopez would get Bryan Lizardo and Owen Spiwak to go down swinging as Spokane would strike out the side. 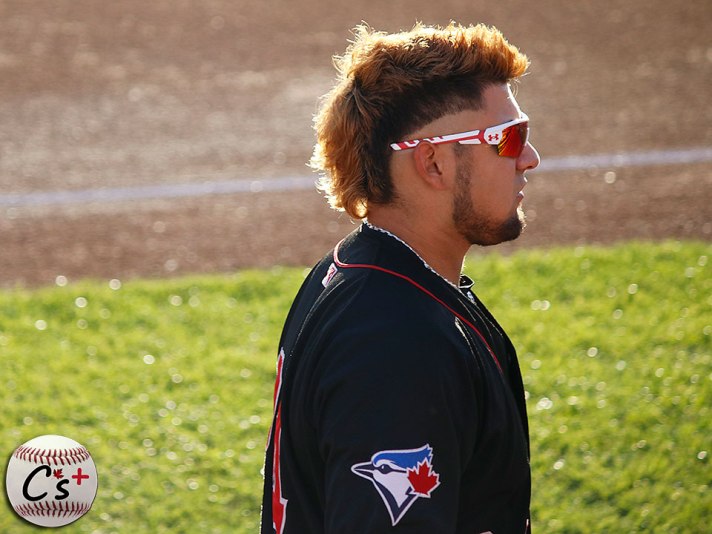 Dalton Rodriguez got the first 10 outs of the game for the C’s without being scored upon.

With a 3-0 lead to work with, Dalton Rodriguez had a quick first inning that included a strikeout of Seise and overcame a double to Matt Whatley to start the second by getting the next three hitters in a row.

Lopez struck out Pruitt and Lopez in a 1-2-3 second but lost his mojo in the third as he walked Clemens and Lundquist before O’Brien singled with one out to load the bases. Lizardo drew the third walk of the inning to bring Clemens home but it was Spiwak who delivered the kill shot with a grand slam to right field to double Vancouver’s lead from four to eight. Pruitt then collected an infield single to second and was doubled home by Obeso to make it 9-0 C’s. That led to Lopez leaving the game for Samir Vivas, who struck out Warmoth and got Clemens to ground out to first to stop the bleeding.

The bottom of the third saw Rodriguez have to deal with a couple of baserunners after an infield single to short and a base hit to Aparicio with one out. Rodriguez struck out Seise and Ratliff also swung at strike three but he got to first on a wild pitch to put three runners on. Rodriguez would strand them all by getting Whatley looking at strike three. 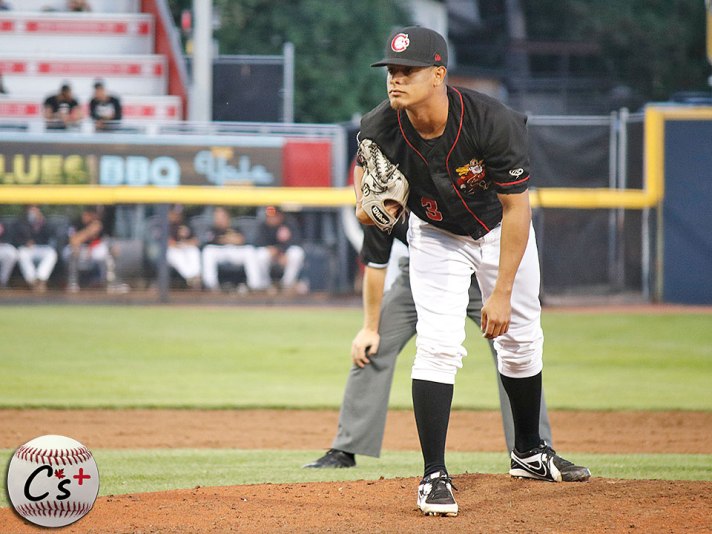 After the C’s were retired in order in the top of the fourth, Rodriguez saw his night come to an end after an Austin O’Banion single and a Curtis Terry strikeout. Lefthander Miguel Burgos came into the game and walked his first batter in Isaias Quiroz but he got the final two outs without incident.

Spiwak followed up his grand slam with one-out walk in the fifth but that was it for the C’s bats as Vivas struck out Pruitt and Obeso. In the bottom half of the inning, Aparicio led off with a base hit but after a Seise lineout to center, he was forced out on a 6-4-3 double play by Tyler Ratliff.

Spokane made changes in the outfield and on the mound with Nick Kaye and Jonah McReynolds replacing Aparicio and Ratliff in center and right and Alex Speas took the ball for Spokane in the sixth and struck out Clemens on the way to a clean inning. In the bottom half of the inning, Burgos saw the first three batters when Whatley doubled, O’Banion was plunked and Terry singled. Burgos got Quiroz first-pitch swinging as he grounded into a 4-6-3 double play to bring in Whatley. After walking Kole Enright, Burgos kept the damage at one run by getting Cristian Inoa to fly out.

The seventh started promisingly enough for the C’s when Taylor walked and O’Brien was hit by a pitch but Speas struck out the side all looking as Lizardo, Spiwak and pinch-hitter Brandon Polizzi could not pull the trigger. 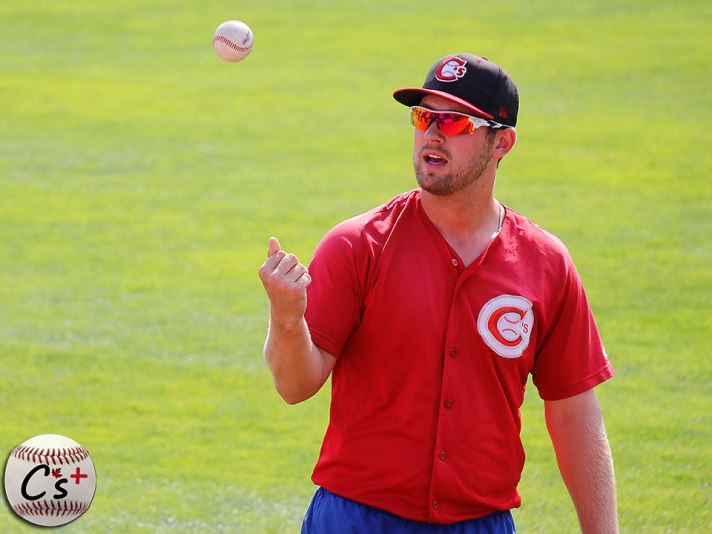 Jake Fishman tossed three shutout innings to wrap up the game for the C’s.

Polizzi stayed in the game to take over for Pruitt in center and Deiferson Barreto replaced Warmoth at short. They played behind a new pitcher in Jake Fishman and he navigated around a McReynolds single to send the game to the eighth.

Argenis Rodriguez was on the mound for Spokane and retired the side in order and Fishman only faced three hitters as well as he produced a 6-4-3 double play ball from Terry to wipe out an O’Banion single. 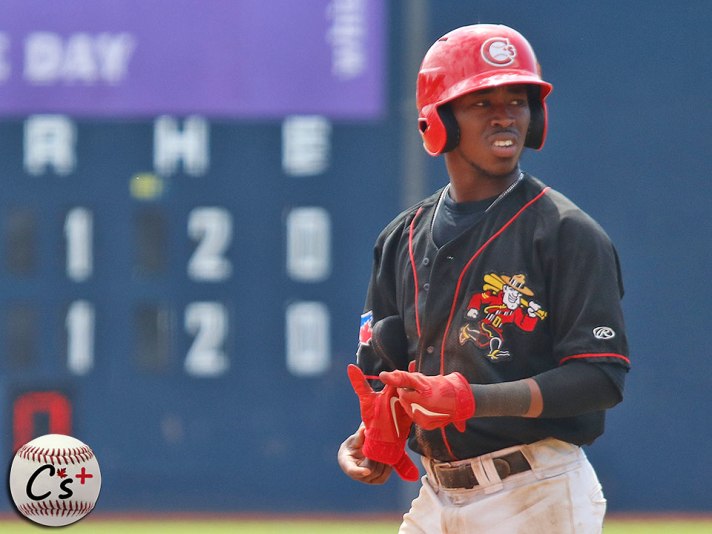 Samad Taylor gave Vancouver double-digits in the run column with his second homer of the season.

Taylor gave Vancouver its 10th run by knocking one out of the park to right field for the second straight Saturday off Rodriguez in the ninth. The C’s then filled up the bases as O’Brien singled to center, Lizardo singled to third and Polizzi  reached on a strikeout/wild pitch but Obeso struck out to end the rally to mark the fourth K of the inning after Lundquist and Spiwak went down swinging.

Fishman returned for the ninth and Spokane got two runners on with one out when Kaye walked and Inoa singled but Seise rapped into a 6-4-3 game-ending double play.

Vancouver was outhit 10-9 but they drew eight walks to somewhat offset a startling 16 strikeouts. Only Cameron O’Brien had a two-hit game for the C’s. Pruitt, Obeso, Brock Lundquist, Taylor, Lizardo and Spiwak all had one hit and one walk while Clemens had two bases on balls. Vancouver was 4-for-17 with runners 180 feet away from home or less and left 10 men on.

Rodriguez racked up five strikeouts and scattered four hits over 3-1/3 shutout innings. Burgos stranded a runner for Rodriguez but was nicked for a run on three hits and two walks over 2-2/3 innings. Fishman got around three hits and a walk with five groundball outs to put up three zeros on the linescore to earn his first save and to bring his earned run average down to 1.17.

Mattingly Romanin has returned to the C’s from the Lansing Lugnuts per the Northwest League transactions page. The Burlington, Ontario native was hitting .278 in his last 10 contests with Lansing but had a batting line of .204/.261/.296 with 10 doubles and 10 runs batted in over 31 games.

Romanin’s addition gives the Canadians more infield depth given that Cullen Large was placed on the 60-day disabled list recently after a hand injury and Kevin Vicuna was promoted recently to Lansing. Pitchers Dany Jimenez and Matt Shannon are still on the disabled list. They haven’t pitched since July 1 and 7 respectively.

Every single outfield wall sign at Avista Stadium is painted by hand, and its beautiful. @spokaneindians @vancanadians pic.twitter.com/pEXyazteqa

Final regular game of the season vs. Spokane, here’s a look at the scorecard and vantage point minutes before game… @vancanadians pic.twitter.com/5wo4nsaLLv

Smoke from nearby residence fire is hangin’ around & and making it tough to track fly balls — and the smell is thick. #fightthroughit pic.twitter.com/9glVi5LQe1

The @spokaneindians beat the first-half champions @vancanadians 4-3 in the second game of the series. Here’s tonight’s full game highlights: pic.twitter.com/5pApC1czIL

What a SUPER night! Thank you to everyone who joined us on Superhero Night! pic.twitter.com/mTygHW7Ye0

The C’s begin a stretch of six games against the Everett AquaSox with the first three games back at Nat Bailey Stadium. Sunday’s series opener is set for 5:05 pm while Monday and Tuesday’s games will go at 7:05 pm. Those games can be heard on CanadiansBaseball.com. Each team won two of three in its home park early in the season. Vancouver is now tied with Tri-City for top spot in the Northwest League North Division at 14-10 while Spokane is one game out and Everett is two out.