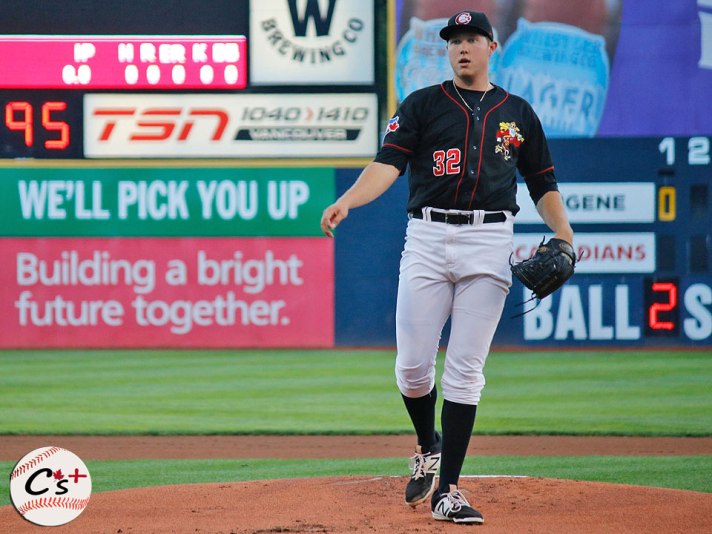 Canada’s professional baseball teams will be together for four more years. C’s co-owner Jake Kerr announced at the team’s annual luncheon Friday that the Blue Jays will remain affiliated with Vancouver until the end of the 2022 season.

This marks the first four-year agreement between the two sides since the conclusion of the 2016 campaign. Under the Mark Shapiro regime, the Blue Jays and Canadians only signed a two-year deal in 2016 that was to conclude at the end of 2018. Player Development Contracts (PDC’s) are usually signed in two- or four-year increments with four years meaning that both sides are really happy with each other. Two years usually means one or both sides are biding their time for a better opportunity to arise. A prime example of this would be the Blue Jays leaving the Triple-A Las Vegas 51’s after a pair of two-year deals to join the Buffalo Bisons in 2013. That marked a return to the International League for the Jays after the Syracuse Chiefs dumped them as an affiliate after the 2008 campaign.

With only a two-year pact in place, there were some concerns that the C’s-Jays partnership would end after 2018. There was unfounded speculation that the Jays may have preferred to have all of its affiliates in the Eastern Time zone once again after having been with Vancouver since 2011. The big concern however was the deteriorating infield conditions at Nat Bailey Stadium that led to talk of possibly installing artificial turf on the diamond.

Thankfully, the field got a much-needed makeover in 2017 that earned the club’s groundskeepers a highly-coveted award. With the field issues resolved, the Canadians authored their own worst-to-first story in 2017 by winning its fourth Northwest League championship.

The PDC extension was the big news that came out of Friday’s luncheon in support of the Vancouver Canadians Baseball Foundation. The headliners at the event were Blue Jays general manager Ross Atkins, president-emeritus Paul Beeston and director of minor league operations Charlie Wilson along with Jays legend Lloyd Moseby.

Here is a recap of the day’s events courtesy of Twitter.

#BlueJays GM Ross Atkins on the affiliation with @vancanadians: “This is a remarkable city in a remarkable country with great team ownership. It’s great for our players to be introduced to the environment and understand that this (the Blue Jays) is the nation’s team.”

Atkins on Nate Pearson, the #BlueJays RHP prospect who starred last summer with the @vancanadians: “It’s unusual for someone to be — I don’t like the word ‘gifted’ — but as talented as he is and as strong and as powerful with the tactical and technical attributes. It’s rare.”