McGregory Contreras had a two-hit, three-RBI afternoon in Hillsboro Sunday.

The Vancouver Canadians won their third in a row over the Hillsboro Hops with a 7-4 victory at Ron Tonkin Field Sunday. That gave the Canadians a 6-4 record against the Northwest League’s top team this season after taking three of five against Hillsboro at Nat Bailey Stadium in July. Vancouver will head into the All-Star break with a North Division-best 8-5 record, good for a one-game lead on Spokane and Everett.

The C’s and Hops traded field goals in the second inning. Jake Brodt singled to right field before Yorman Rodriguez bunted his away aboard by laying one down at third. McGregory Contreras tripled to left field off Hops starter Ryan Weiss to score Brodt and Rodriguez. Hunter Steinmetz scored Contreras with a sacrifice fly to center.

The Hops got those runs back against Elio Silva and it all started with an Otto Lopez error at short allowed Joey Rose to reach base.  A one-out single to third by Ryan Tufts set the stage for a three-run home run by William Gorman to right-center to tie the game at 3-3.

Hillsboro used another error in the fifth to take the lead when Contreras mishandled a ball in left by Gorman, resulting in a two-base miscue. Gorman got to third when Jorge Perez hit a ground ball to second. Silva walked McCarthy with two away but looked to have him picked off. However, Brodt dropped the ball and that allowed Gorman to score and McCarthy to get to second. Silva would get Perdomo looking at strike three to end the inning.

Jake Brodt drove in the tying and winning runs for Vancouver Sunday.

The players who made the errors would redeem themselves in the sixth. Lopez would atone for his error in the second with a leadoff single to center in the sixth and Bryan Lizardo would also take one up the middle to reach base against Hops lefty Kenny Hernandez. Brodt would make amends for his miscue with a double to center to score Lopez and Lizardo to put Vancouver ahead 5-4. Contreras also made restitution for his error with a one-out double to right to score Brodt.

Lopez and Lizardo got things rolling for the C’s again in the seventh with two-out singles against Chester Pimentel to put runners at the corners. Lopez and Lizardo would execute a double steal with Lopez swiping home to give Vancouver a three-run lead.

Will McAffer, Troy Miller and Fitz Stadler held the lead with one scoreless inning apiece before Connor Law got the save with a shutout ninth to preserve the victory for Silva.

Otto Lopez had three of Vancouver’s 12 hits and stole home in Hillsboro Sunday.

Lopez reached on an infield single in the first inning but was thrown out at third after a Weiss error on a pickoff attempt. Tufts recovered the ball at second and threw to Rose at third to tag out Lopez. Vancouver was retired in order in the third, fourth, fifth, eighth and ninth innings.

Lopez led the way with three hits while Lizardo, Brodt and Contreras had two apiece. Tanner Kirwer and Brandon Polizzi also had base hits. Vancouver had 12 hits and nine strikeouts while going 3-for-8 with runners in scoring position, leaving three on base.

Elio Silva surrendered two earned runs over five innings to improve to 3-2 on the season.

Silva faced the minimum three batters in the first, third and fourth innings. The only runner to reach was McCarthy after a leadoff walk in the third but he was erased on a 5-4-3 double play ball. Silva allowed four runs (two earned) on two hits and two walks while striking out two over five innings. 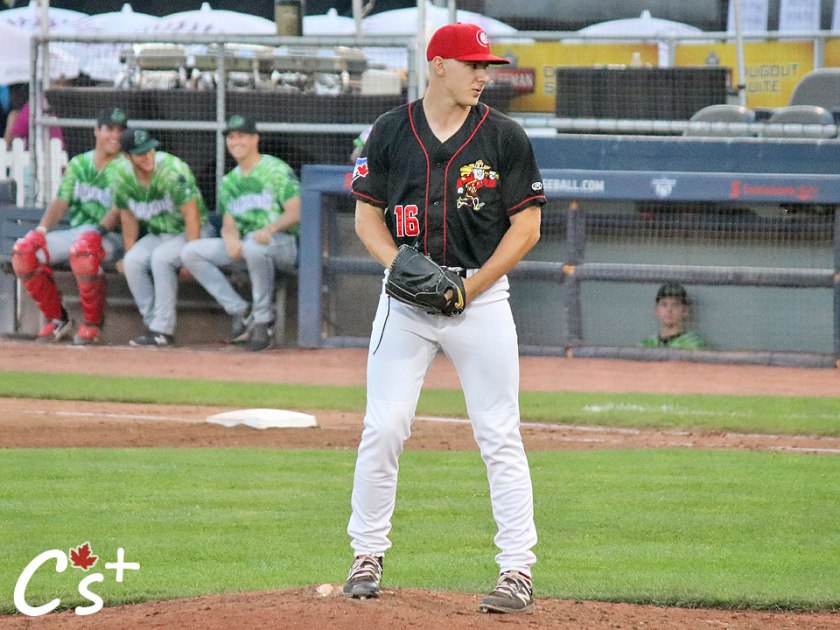 Will McAffer led the bullpen’s four-shutout inning effort with a perfect sixth Sunday.

McAffer dominated the Hops in the sixth by striking out the side in the sixth. Miller walked one and whiffed one in the seventh.  Stadler struck out one in a perfect eighth while Law overcame a single and a Rodriguez passed ball to get the save. 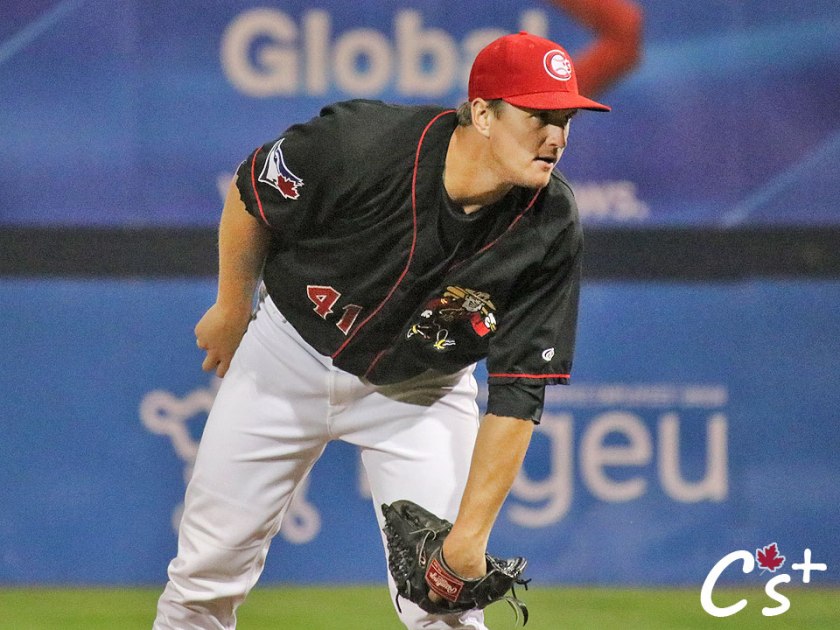 Connor Law converted his third save in as many opportunities for Vancouver Sunday.

The C’s have the next three days off due to the Northwest League/Pioneer League All-Star game on Tuesday. They resume league play Thursday when they visit the Salem-Keizer Volcanoes for a 6:35 pm contest at Volcanoes Stadium. The game will be on CanadiansBaseball.com with Rob Fai.

Do yourself a favour and check out the Future Blue Jays article on Blue Jays amateur scouting director Steve Sanders for his thoughts on current C’s Griffin Conine, Sean Wymer and Joey Murray among others taken by the Blue Jays in the 2018 draft. Also check out the same site for a feature on former C’s reliever Jackson McClelland.

Vulnerable is not a word you hear often in professional sports. Rowdy Tellez has learned to be comfortable with it amid his mom’s cancer battle. #BlueJays https://t.co/DriaOmqR87 via @torontostar

When we said #BlueJaysInvade Safeco, we meant it!

Our guys dominated the field this week. Check out our #BlueJays highlights pres. by @amstandardca. pic.twitter.com/eMd59kFebN

Blue Jays fan, you guys are the best! The atmosphere was electric. Thank you for making this weekend unforgettable pic.twitter.com/5MT5OR5QsE

Memo to Jeff Luhnow: stop rationalizing your acquisition of Roberto Osuna with rhetoric normally reserved for politicians. We get it. You got him to win a championship. Insulting our intelligence with “he deserves a second chance” hypocrisy is an insult to your fans and baseball.

After winning their eighth straight game, the Blue Jays donned their pajamas to get some well-deserved rest on the bus ride to Daytona tonight. 😴 pic.twitter.com/LmlNUvt3lX

Unbelievable atmosphere once again in Seattle.. thanks for all Blue Jays fan for coming out and making it feel like a home game!! Can’t wait for next year! Back to #TO ✈️

SRF tends to come out firing. I’ve seen him hit 97 in the first inning and then cool down and sit 92-93 with the sinker for the rest of the game, maybe losing 1 mph by 6th/7th inning. But he holds velo better than when I saw him a few years back in Lansing.

BC’s own Will McAffer strikes out the side in the 6th for the C’s.
Showed plus FB command, and a 12-6 curve in that frame.

Had a good look at Vancouver’s Otto Lopez.
Top of the order, spark plug-type.
Works the count well, good plate coverage, good speed on the base paths.
Looking forward to seeing him in full season next year.

Maybe I got a *tad* overexcited 😅but wow what a finish. What a team. https://t.co/OZXOXwhIy6