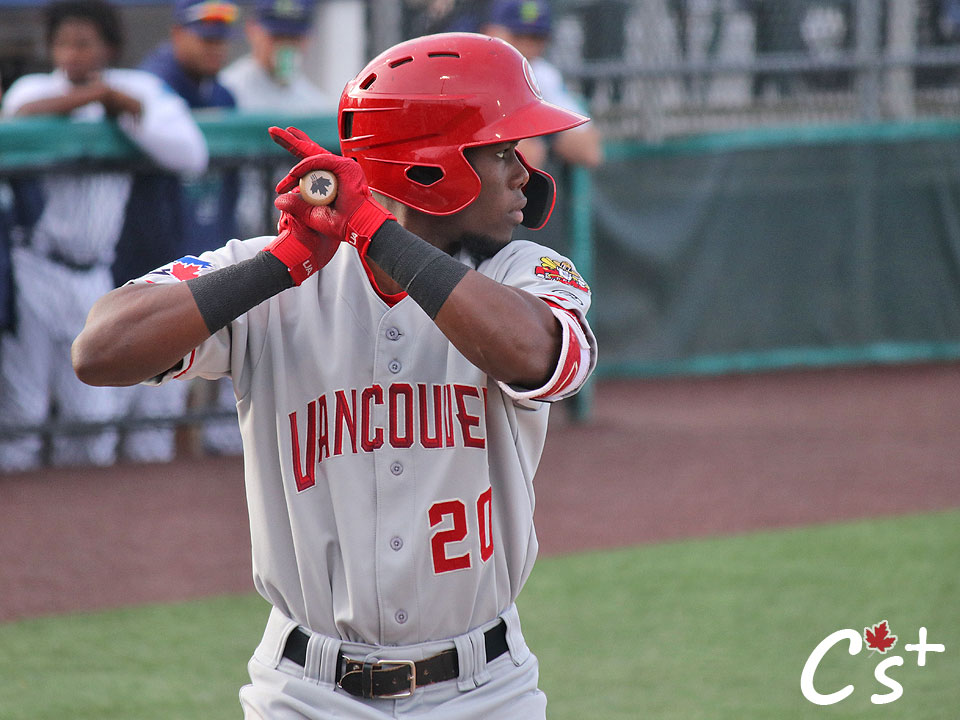 The Vancouver Canadians rallied from a 5-0 deficit but Spokane took advantage of four errors and two wild pitches to pull out a 6-5 win at Avista Stadium Wednesday.

Spokane surged ahead with two runs in the second inning off Gabriel Ponce. Jonah McReynolds worked a leadoff walk and got all the way to third when Tanner Morris booted one at short off the bat of Starling Joseph. Scott Kapers singled home McReynolds and Joseph after the latter moved into scoring position by stealing second.

The Indians scored again in the third when Blaine Crim doubled with one out and reached third on a throwing error by McGregory Contreras in right field. A Tanner Gardner groundball brought in Crim for Spokane’s third run.

The Vancouver defence did not improve with a new hurler on the mound. Randy Pondler gave up a one-out double to Kapers and he scored when Yorman Rodriguez could not handle a throw at first. Stanley Martinez reached second on that error. He would then score on a Pondler wild pitch and a Jesus Lopez throwing error behind the plate.

After Leury Tejada kept Vancouver from scoring over the first four innings, the C’s got to Billy Layne Jr. for four runs in the fifth. Luis De Los Santos was plunked by a pitch and a pair of one-out walks to Ronny Brito and Adrian Ramos filled the bases. Morris hit a double to right that glanced off the glove of Crim at first to score De Los Santos and Brito. A Rodriguez RBI grounder to short brought in Ramos and a Lopez single up the middle brought in Morris. Contreras followed with a double off Nic Laio to move Lopez up to third but Brett Wright stranded the runners with a flyout to right.

The Canadians would draw level in the top of the sixth when De Los Santos put the ball over the wall in right field but Spokane would pull ahead again in the bottom of the inning.

Joseph singled to right field on a play that appeared to be a catchable fly ball for Contreras. Kapers bunted him over to second base. Pondler struck out Stanley Martinez for the second out but he uncorked two wild pitches to bring home Joseph with the winning run.

Vancouver had just one baserunner the rest of the way when Dom Abbadessa was hit by a pitch from Triston Polley to start the ninth but a Brito strikeout and a Ramos 4-6-3 double play ended the game.

Rodriguez was the C’s first baserunner by drawing a one-out walk in the first but he was forced out on the front end of a double play ball hit by Lopez.

De Los Santos singled with two outs in the second and got to second on a fielder’s choice after Jake Hoover dropped the ball at short when McReynolds made the throw from third on a grounder from Abbadessa. Brito would ground out into a fielder’s choice to end the inning to leave two runners on.

Vancouver got just six men to the plate over the third and fourth innings. Contreras singled with one out in the fourth but was caught stealing right after Wright struck out to conclude that frame.

Both Ponce and Pondler gave up three runs apiece but two were unearned for both of them over their three-inning outings. Josh Almonte and Mike Pascoe turned in the same pitching line as they allowed one walk but struck out two over their one-inning stints.

Pascoe has switched numbers, wearing #3 instead of #32. He took over the new digit after infielder Davis Schneider was sent down to Bluefield last weekend.

Radar Gun readings are up from Tuesday’s game. They can be seen right here.

The C’s and Indians play the second game of their three-game set in Spokane. Game time is 7:30 pm. Sportsnet 650 and CanadiansBaseball.com will have the broadcast from Avista Stadium.