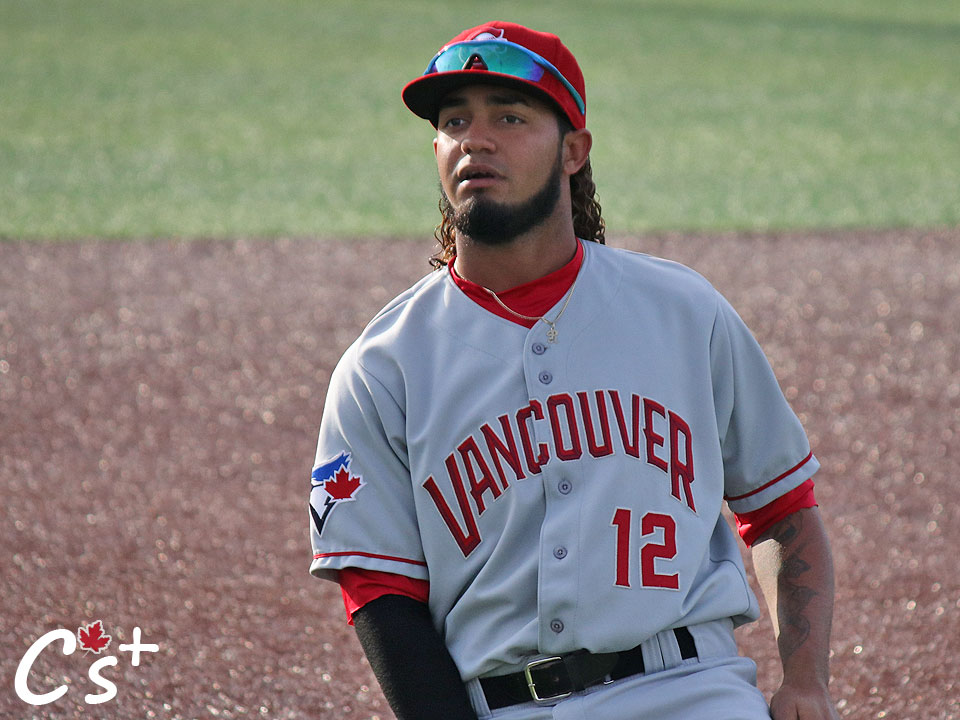 The C’s got their first run of the game in the second inning without getting a hit. Will Robertson got aboard when Blaine Crim booted one at first base. Billy Layne Jr. threw one away on a pick-off attempt before a Brett Wright groundout to second brought Robertson home.

Robertson did not need any charity from the Spokane defence in the fourth to score the game’s second run as he blasted a two-out solo home run to right-center field off Theo McDowell for his second dinger in as many games.

Spokane finally got to Alex Nolan in an eventful fourth inning. The inning began with Luis Ascunsion singling to left but McGregory Contreras gunned him down at second base for the first out. Nolan plunked Scott Kapers and gave up a base knock to Jonah McReynolds. Jake Hoover hit into a fielder’s choice to put runners at first and third. Wright mishandled a Nolan pick-off throw to first and that allowed Kapers to score. Starling Joseph lined a single to center that was deflected by Tanner Morris at second to bring in Hoover with the tying run. Joseph would steal second but Nolan ended the frame by getting Cristian Inoa to fly out to center.

Thursday’s walk-off hero Ronny Brito put Vancouver back in front by starting the fifth with a home run to right field. Dom Abbadessa then got aboard with an infield single to second and got to second on a McDowell wild pitch. Morris would drive home Abbadessa with a single to left to restore the C’s two-run advantage.

Abbadessa started the seventh by drawing a walk against McDowell and would advance to third on a stolen base and a throwing error by Kapers behind the plate. Nic Laio entered the game for Spokane but he could not strand Abbadessa as he surrendered a Yorman Rodriguez sacrifice fly that Vancouver a three-run lead.

Jonah McReynolds homered off Mike Pascoe to begin the eighth to bring Spokane to within a pair of runs but Vancouver answered right back with a run in the top of the ninth. Abbadessa singled to left with one away against Laio and stole second base with two away. He would rumble home on a Rodriguez triple.

Luke Gillingham picked up two strikeouts to overcome a walk to get the save in the ninth. Nolan worked the first four frames and Josh Almonte had a two-strikeout fifth. Nicolas Medina got the next four outs and Pascoe bridged the game to Gillingham with the other five outs.

To say things got a little heated in the bottom of the eighth inning would be an understatement. Pascoe got into a bases-loaded jam after the McReynolds home run. Strikeouts of Hoover and Obie Ricumstrict surrounded a Joseph single and an Inoa double before Pascoe hit Kellen Strahm with a pitch to load the bases. Words were exchanged and the bench cleared but no punches were thrown. Tensions would rise again when Pascoe got emotional after freezing Crim on a 3-2 pitch to end the inning. Both teams left their dugout again but no fisticuffs took place.

Spokane loaded the bases in the sixth inning against Medina with a two-out rally with singles by McReynolds and Joseph with a walk to Hoover in between but Medina struck out Inoa to end the frame. Medina began the seventh with his third strikeout of the night by getting Ricumstrict but a Strahm single and a Crim walk led to Pascoe taking over. He stranded Medina’s runners with two of his five strikeouts on the evening.

Nolan had to walk the tightrope in the first inning. Ricumstrict worked a leadoff walk and got to second on a throwing error by Nolan on a pickoff attempt. Ascunsion kept the inning going with a two-out free pass and a wild pitch moved the runners up 90 feet. Nolan got out of trouble by getting Kapers to ground out.

The C’s and Indians play the second game of their series Saturday night. Rob Fai will have the play-by-play from Avista Stadium at 6:35 pm. The game can be heard on Sportsnet 650 and CanadiansBaseball.com.