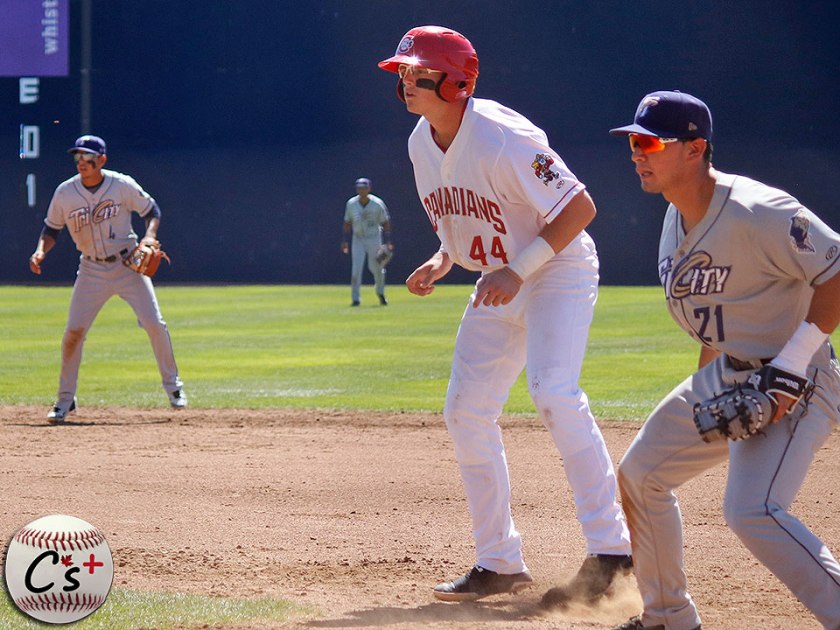 Kacy Clemens had three hits and knocked in three in Hillsboro Thursday.

The Vancouver Canadians cannot beat and—at this rate—may never beat the Hillsboro Hops in 2017. It’s hard to argue otherwise given the events of Thursday night. Despite grabbing their first lead against the Hops—a sizeable one at that—it still wasn’t enough to beat the Hops in the battle of first-half division winners in the Northwest League at Ron Tonkin Field Thursday night.

Colton Laws got the start and set down the side in order in his only inning of work. He threw 12 pitches, getting a called strikeout of Bryan Araiza that was bracketed by two flyouts from Ryan Dobson and Camden Duzenack.

After doing nothing with their first at-bat, the C’s did plenty with their second. Norberto Obeso cleared the bases with a three-run double off against Tyler Badamo, that cashed in a single by Riley Adams and walks by Kacy Clemens and Cullen Large. Reggie Pruitt would bring in Obeso with a base hit before Adams would come up for a second at-bat in the inning against a different pitcher in Juan Torres and that resulted in a single with the bases loaded to score Pruitt. Clemens then smacked a three-run triple to score a Kevin Vicuna single and a David Jacob walk to make it 8-0 Vancouver.

Donnie Sellers replaced Laws in the second inning and was able to work around an error by Large at second that allowed Drew Ellis to reach and a single by Tra’mayne Holmes.

The C’s could not add to their lead in the third with Brock Lundquist was hit by a pitch and Obeso drew a walk with one out but the Hops began to chip away in the bottom half of the frame. Duzenack doubled home a Dobson single against Sellers before scoring on a two-run double by Pavin Smith that also plated an Araiza single.

A two-out rally by the C’s led nowhere as a Clemens double and a Bryan Lizardo infield single were stranded. Jose Espada began the fourth on the mound for Vancouver and had a runner on second by walking Holmes before throwing a wild pitch. Espada would strike out Ryan Grotjohn before picking off Holmes. Espada then surrended a single to Jose Perez before Dobson lined out to second. 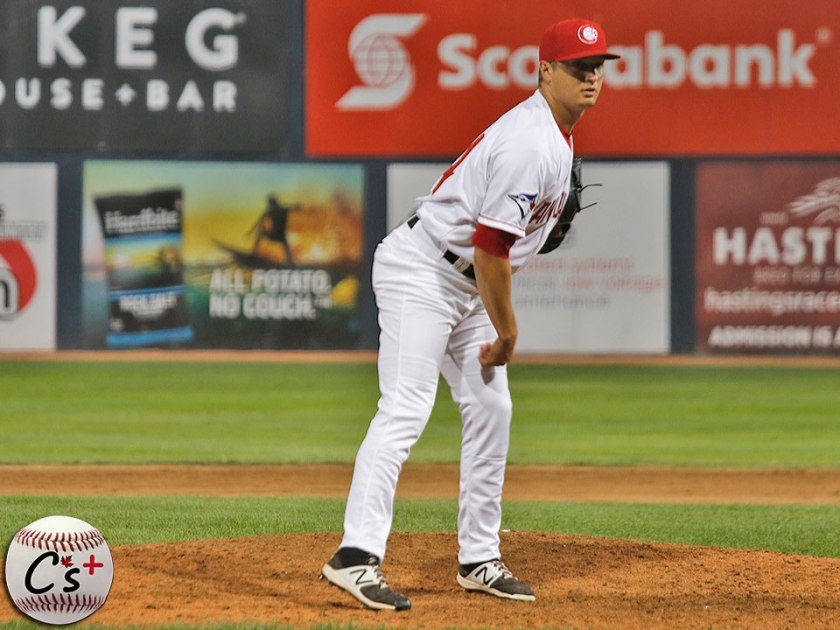 Chris Hall pitched 2-2/3 innings of scoreless relief for the C’s.

The C’s had another two-out rally with singles by Pruitt and Vicuna but they could not score in the fifth. The Hops sure did though as Espada ran into trouble right away. Araiza led off with a double and scored on a Duzenack single to bring Hillsboro halfway back at 8-4.  Smith singled and Daulton Varsho walked after Ellis lined out to load the bases.  Espada plunked Holmes with a pitch to bring home Duzenack. That led to Espada’s exit and Chris Hall‘s entrance into the game. Hall got Grotjohn to fly out but Smith tagged up and scored from third to make it a two-run game. More trouble followed when Perez doubled home Varsho to cut the C’s lead to one. With the potential tying and go-ahead runs in scoring position, Hall got Dobson to ground out to second.

Another two-out rally for the C’s again in the sixth resulted in nothing after Lizardo and Large walked against Jose Martinez. Nothing happened in the bottom half either as Hall had a 1-2-3 frame.

With two-out rallies not working, Vancouver tried some different with a leadoff walk by Obeso against Kevin Ginkel but that led to absolutely nothing. Hall kept the Hops off the board with by striking out Ellis swinging and Varsho looking for another three-up, three-down inning.

The C’s had no baserunners reach in the eighth. Jake Fishman came into the game for Hall in the bottom of the frame and he served up a double to Grotjohn. Fishman struck out Perez but Dobson singled home Grotjohn to tie the game at 8-8. Adams threw out Dobson trying to swipe second before Fishman struck out Araiza swinging.

Breckin Wiliams was the next pitcher up for the Hops in the ninth and had no problems sending the game into the home half of the inning. Grayson Huffman got into a mess when an fielding error by Lizardo at third allowed Duzaneck to get abaord and a walk to Smith put Duzaneck into scoring position. Lizardo redeemed himself by starting a 5-4-3 double play before Varsho grounded out to first to leave Duzaneck 90 feet away.

Erbert Gonzalez gonged the C’s for yet another quick inning while Huffman responded with strikeouts of Holmes and Grotjohn to record a 1-2-3 frame of his own.

Gonzalez plunked Adams to start the 11th to snap a string of 12 C’s in a row retired. Clemens would get Adams to second with a base hit but Adams was picked off, Lizardo struck out and Large popped out to second to kill that rally.

Huffman walked Dobson to begin the Hops 11th and he was bunted over to second by Araiza. Duzenack walked it off with a single to score Dobson.

Huffman suffered the loss to fall to 2-1 on the season after pitching 2-1/3 innings. Fishman gave up his first run and blew the save in the eighth. Sellers surrendered three runs over two frames and Espada was roughed up for four runs on four hits and two walks in 1-1/3 innings. Hall and Laws were the only pitchers not to be charged with any runs.

Clemens was 3-for-5 with three runs batted in. Pruitt, Vicuna and Adams had two each. Obeso was aboard three times with a hit and two bases on balls. Lundquist was replaced by Brandon Polizzi in right field in the bottom of the fifth. The moustache-less man had flied out to end the fourth after being hit by a pitch in his previous at-bat. The C’s were 5-for-14 with runners in scoring position but left 11 on.

Around the Twitterverse, here’s a look back on a happier time for three of the C’s in Hillsboro.

Here are the @vancanadians All-Stars. pic.twitter.com/8Sq7VwUQ70

Mattingly Romanin was 2-3 with two doubles, but an eight-run 4th inning submarined the Nuts in a 10-2 loss.

Game 2 of this series goes Friday at 7:05 pm. Justin Dillon is listed as the probable starter. The game can be heard at CanadiansBaseball.com and seen on MiLB.TV.

Juan Nunez, Dalton Rodriguez and Nate Pearson are next in line for the remainder of this five-game series. 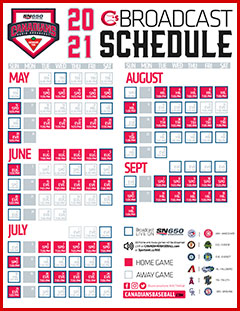