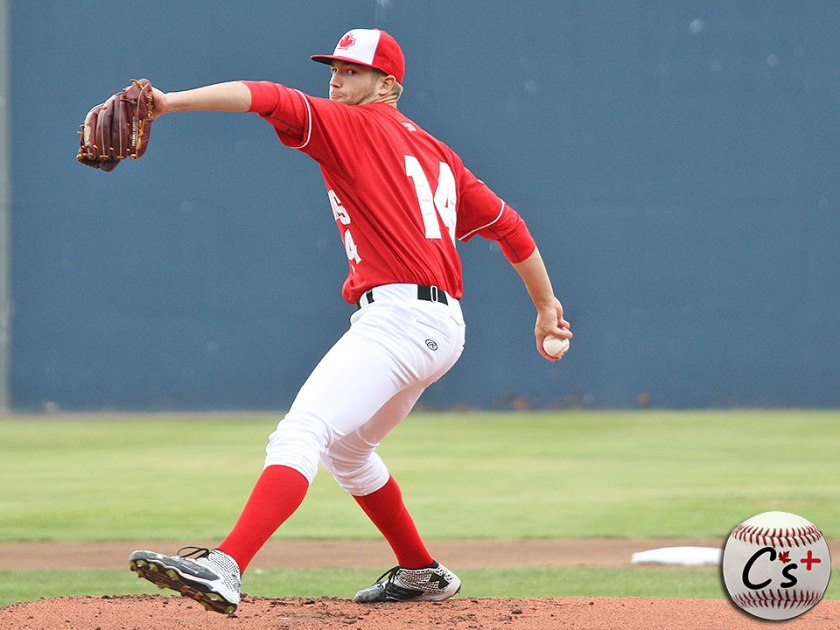 T.J. Zeuch is one of two Toronto Blue Jays first round picks taking part in the Arizona Fall League.

The Toronto Blue Jays have sent seven players to the Arizona Fall League, seven of them having worn a Vancouver Canadians uniform at one point. The seven are joined by Cuban infielder Lourdes Gourriel Jr. on the Peoria Javelinas roster which also includes prospects from the Atlanta Braves, the Boston Red Sox, the San Diego Padres and the Seattle Mariners.

The selected seven are listed with the years they spent in Vancouver in parentheses. 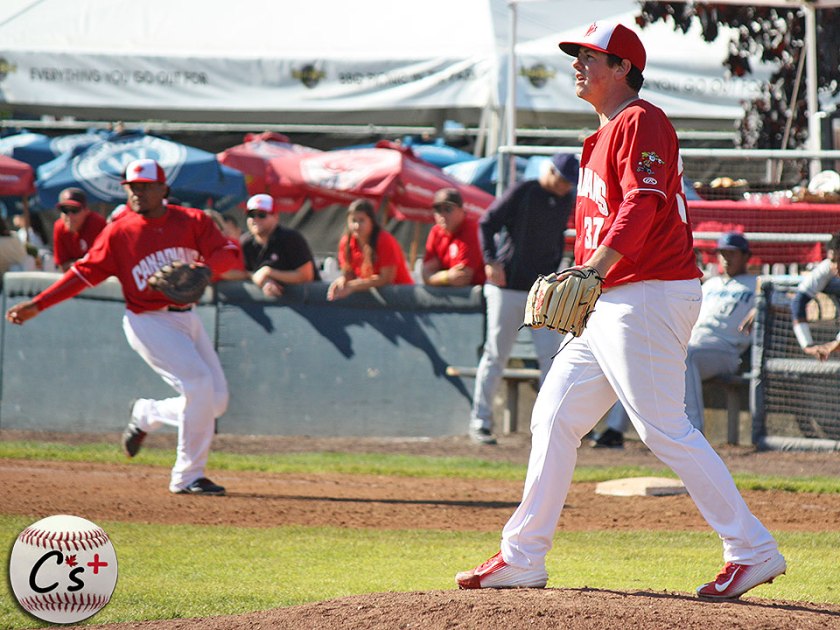 Andrew Case recorded the save in his first appearance in the Arizona Fall League.

The Javelinas are off to a 1-1 start after splitting a pair against the Glendale Desert Dogs. Peoria won its first game Tuesday with Case getting the save after a one-hit ninth. The pride of Saint John, New Brunswick made stops in Dunedin, New Hampshire and Buffalo in 2017 with most of his work coming with the Fisher Cats. The 24 year-old was 4-0 with a 1.58 earned run average at Double-A and converted eight of 11 save opportunities. 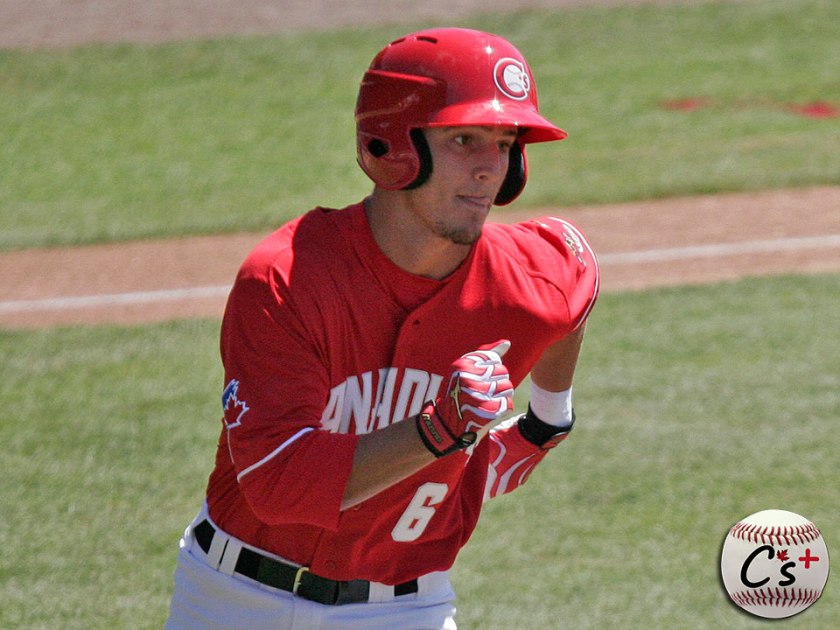 2014 Toronto first rounder Max Pentecost was behind the plate in his Arizona Fall League debut.

Peoria dropped its second game Wednesday despite an ninth-inning RBI single by Pentecost. The former Kennesaw State product had struck out his previous three times at the plate but he was able to work behind the plate for all nine innings. He caught five different pitchers with one stolen base against him in Glendale’s only attempt. Save for one game in the Gulf Coast League, the 24 year-old from Winder, Georgia spent the entire 2017 campaign with Dunedin and earned mid-season and post-season All-Star honours in the Florida State League. The right-handed hitter slashed .276/.332/.434 with 14 doubles, two triples and nine home runs with 54 runs batted in.

Zeuch has yet to make an appearance in the AFL as he is coming off a year in Dunedin in which he missed two months due to shoulder and hamstring injuries according to Clutchlings. With the D-Jays, the 22 year-old from Mason, Ohio won three of seven decisions with a 3.38 ERA and posted a K/BB total of 46-17 in 58-2/3 innings. 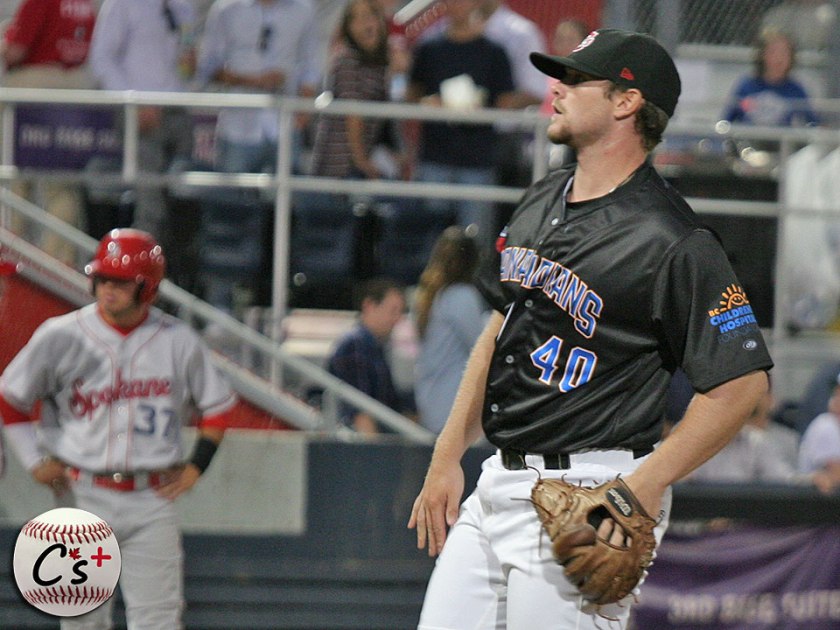 Jackson McClelland had a successful season split between Lansing and Dunedin.

McClelland converted 15 of 16 save opportunites in a year that saw him begin in Lansing before ending up in Dunedin. The 23 year-old from Cherry Valley, California had a combined ERA of 1.34 with a WHIP of 1.08. 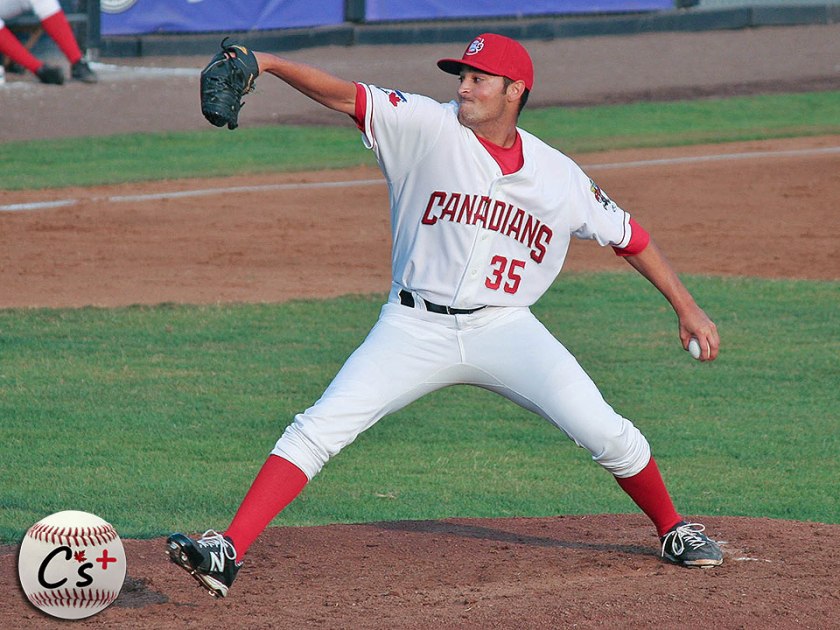 Danny Young made it to Double-A in his third professional season.

Young saw time in Dunedin and New Hampshire in 2017 and won four of five decisions overall. The 23 year-old native of Boynton Beach, Florida had a 2.08 ERA and a 1.02 WHIP (walks and hits divided by innings pitched) with the D-Jays before a late season promotion to the Fisher Cats in which he recorded a 3.86 ERA and a 1.35 WHIP. According to Clutchlings, his delivery is now that of a sidearmer. 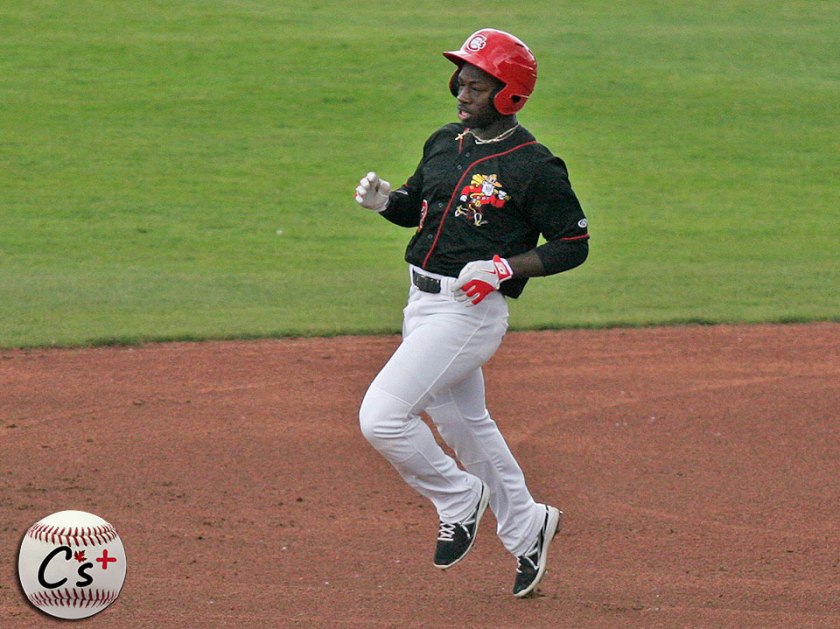 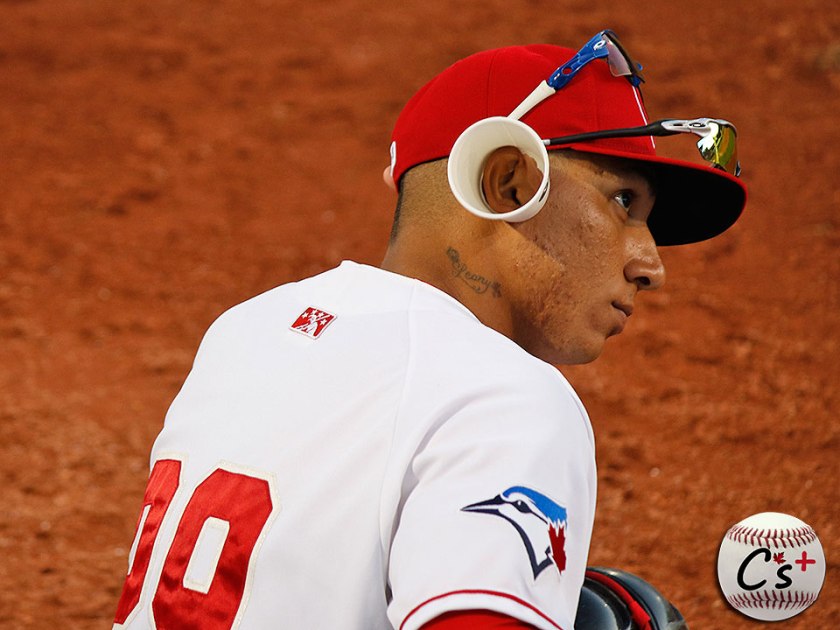 Javier Hernandez began 2017 in Vancouver and ended it in Lansing.

Javier Hernandez will be on the taxi squad for Peoria which means he will be playing on a limited basis. The 21 year-old righthanded hitter from Maracay, Venezuela made it into just 40 games this season, 35 with Lansing and five with Vancouver. He batted .316 during his brief time with the C’s but just .224 with the Lugnuts. He had six doubles, two triples and two home runs in total.

The exchange between relievers William Ouellette and Brayden Bouchey about working out is definitely the funniest.

Reasons you should vote for anyone else for Top Relief Pitcher: 0.00

Ready to be in Australia and get back after it! pic.twitter.com/4aZtT2376b

#mlb young king and the ace. i love @MStrooo6 and @TheJudge44 so much n their recent twit exchange got me feelin a quick doodle pic.twitter.com/ASSH9iVXQL

Graham Spraker pitches well coming out of the bullpen during his first summer with the Blue Jays’ organization. https://t.co/XMagKnrh1S

I just witnessed this couple making out at the gym…like what ?

Haha. They gotta train those muscles somewhere else.

Thank you to the @BCLions for having us! Let the celebration continue! pic.twitter.com/VqjW1KX1Wn