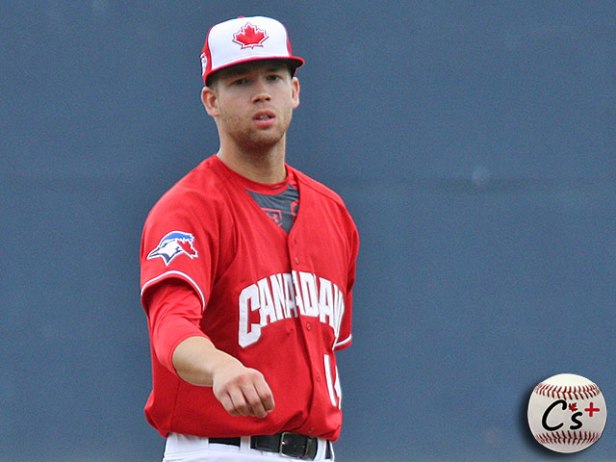 Six former Vancouver Canadians are getting a championship ring as their Peoria Javelinas upended the Mesa Solar Sox 8-2 in the Arizona Fall League final at Scottsdale Stadium Saturday.

2016 C’s pitcher T.J. Zeuch got the start for the Javelinas and he was greeted by three solid singles and a sacrifice fly that gave the Solar Sox a 2-0 lead four batters in before getting a double-play ball to end the frame. The second inning saw the 6-foot-7 hurler give up two more hits in the second but he kept Mesa off the board. Zeuch had his first 1-2-3 inning in the third and got another double play ball to end a one-hit fourth. He faced the minimum for a third time with a perfect fifth. Zeuch gave up a base hit to start the sixth but erased that by inducing his third double play grounder of the day. However, he gave up another single and that was the end of the line for the 2016 Toronto Blue Jays first rounder. 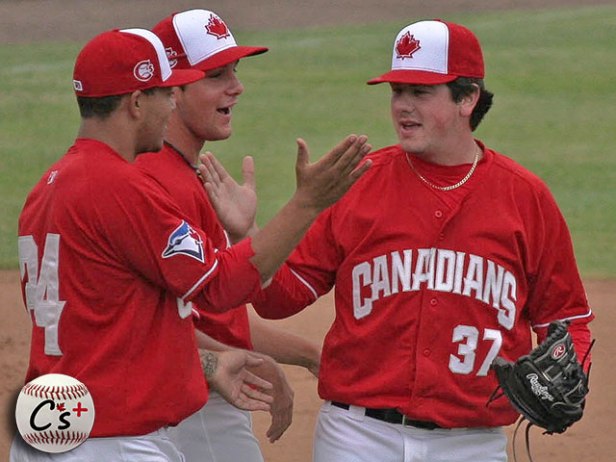 The ball was turned over to 2014-2015 C’s righthander Andrew Case. The Saint John, New Brunswick native sat down all four hitters he faced by getting an inning-ending strikeout in the sixth before getting three fly ball outs in the seventh, the last two caught by his 2014 C’s teammate, center fielder Jonathan Davis.

The Javelinas leadoff hitter helped lead their comeback by taking one for the team in the third. He would then steal second before scoring on a single by Atlanta Braves prospect Ronald Acuna to tie the game at 2-2. Davis was again hit by a pitch in the fourth to join fellow Blue Jays prospects Lourdes Gourriel Jr. on the bases after he began the frame with a walk. Gourriel and Davis would score on another Acuna single to expand Peoria’s lead to 6-2. Davis would line a triple to center to begin the eighth and would score for the third time on another three-bagger by Boston prospect Michael Chavis for the Javelinas’ seventh run.

The C’s trio who saw action in the championship game all wrapped up successful seasons in Arizona. Davis hitting .295/.387/.410 (AVG/OBP/SLG) with six doubles, a home run, 13 runs batted in and stole seven bases in eight attempts in the regular season. Case put up nothing but zeros in his fall ball stint with 10 shutout innings by allowing just eight hits and one walk while striking out six to win both of his decisions. Zeuch posted a 1-1 record with a 3.44 earned run average of 18 innings with a 15-4 K/BB total and a 0.98 WHIP. Zeuch was singled out by MLB.com‘s Jim Callis as one of the 10 standouts from the championship contest.

Even though they did not see any action in Saturday’s game, catcher Max Pentecost (2014), lefthander Danny Young (2015) and Jackson McClelland (2015-2016) will also be fitted for championship bling.

Pentecost struggled with the stick in the AFL by slashing just .195/.267/.293 with one double and one dinger while stealing a base in his only attempt. He struck out 17 times in 41 at-bats. Young also had a rough go of it on the mound with a 16.43 ERA over 7-2/3 innings. McClelland had an ERA of 7.20 over 10 innings but earned a save, finished off four games for Peoria and struck out eight against a pair of walks.

Our guy @TJZeuch out here bringin' 🔥🔥!

Saint John, New Brunswick's @caser137 finished his season with a 0.00 ERA in the AFL! pic.twitter.com/a8XAGT47Jq

Davis likely either earned a 40 man roster spot or a selection in the Rule 5… could be Zeke Carrera with better instincts. https://t.co/547jZ9AKh0

Don't let his flow distract you from the fact that @LGjr19 is a highlight machine. 👌 pic.twitter.com/fzYnzwfqSf

Your #BlueJays prospects fuelled a WILD comeback in @MLBazFallLeague play last night. @3_JonathanDavis got it started with this laser! pic.twitter.com/6ovDaL3IMF

The date for C’s Annual Hot Stove Luncheon is January 26, 2018. Tickets are now on sale. The event is a fundraiser to support the Vancouver Canadians Baseball Foundation.

Huge thanks to @ToastyStickers for the hookup and the surprise with these custom decals. They look amazing. Check them out! pic.twitter.com/iudM7yGNVi

My favorite thing about this home plate was discovering that #Padres prospect Henry Henry just signs his autograph "Henry." pic.twitter.com/p891uHMoBO

In 2017 we secured the @Esurance Home Field Advantage award.

In 150 days, we’re ready for even more of you all to flood through our gates! pic.twitter.com/ZhqqLI1XF7

#TBT – This season three C’s players were named to the NWL All-Star Team for the Pioneer League vs NWL game hosted in Hillsboro, OR. pic.twitter.com/BlLpafR1q5

I’m all for holding the door open for people, but don’t look back at me 40 yrds deep and expect me to hit a jog

So I went to turn in my scratcher today and the attendant looks at me and says, “Are you even old enough to play the lottery?” Like c’mon lady I’m 24. Lol