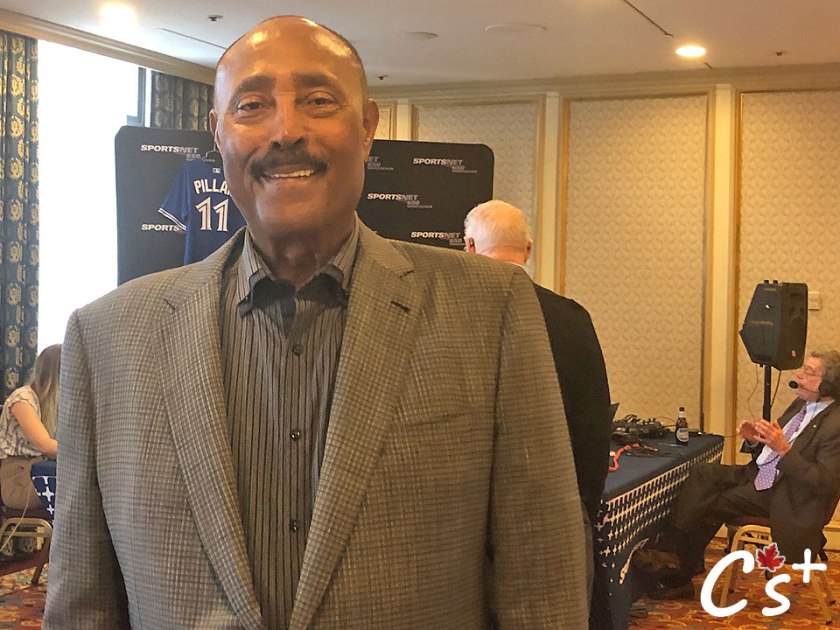 Gaston addressed the local media prior to the luncheon and you can check out the transcription of that press conference at Batter’s Box. 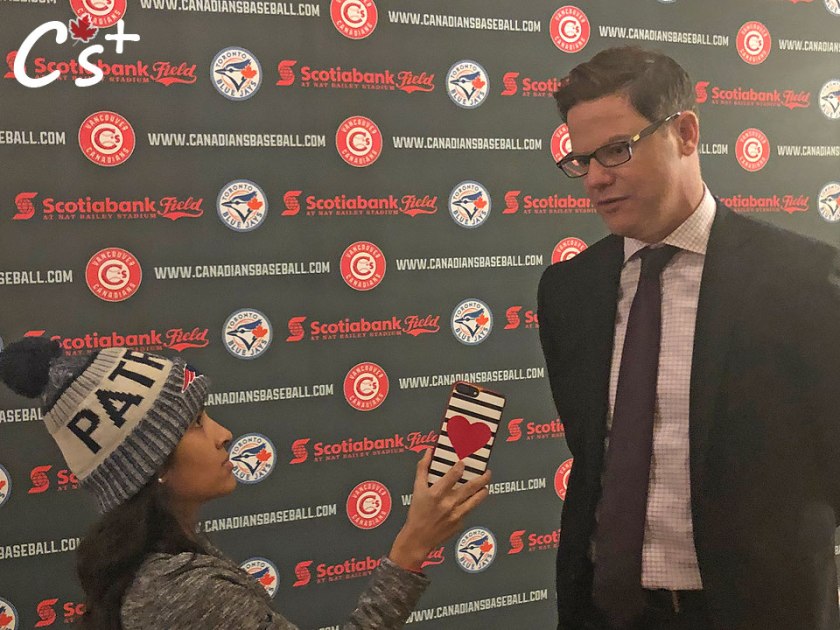 Atkins was next up to face the press and was asked about the potential of having a franchise player in Vladimir Guerrero Jr.

“It’s interesting in today’s game. I think just five to 10 years ago, those types of comments probably wouldn’t have been made about a 19- or 20-year-old player but because of research and development and analytics, there’s a lot more certainty and confidence around what that level of performance means for a young player and what it means from a potential standpoint. The key word being potential so we continue to increase the pressure – executive, media, teammates, everyone, family. He’s handled it so well but at the same time, to say he’s going to be the face of our franchise, there’s a lot of really talented players on our team right now and there’s a lot of talented players in our organization so that would be a great outcome.

We’re not looking to have a face of the franchise, we’re looking to have a great team. What he means to the organization obviously is significant…it’s powerful because of the age, because of the talent. What we’re most excited about is the teammate that he is and how he treats his teammates, how much passion he has for competition. He’s why we do it, he’s one of the many reasons watching him play is exciting.”

Atkins was asked about the excitement Vladdy Jr. can bring to the franchise.

“It’s a group. Whether Cavan Biggio, Kevin Smith, names that don’t get mentioned as much as Bo Bichette, Nate Pearson and Vladdy Guerrero and the young pitching that we acquired and developed in the last three to four years has been on a steady incline that’s only going to continue to get better and we’re only going to continue to have more of it. I think what we’re the most excited about having is a very team-first approach. We’re looking to have a collection of individuals that are focused on something bigger than themselves. That’s what we’re excited about and we feel that that’s what ends up helping sustain environments that can win and win for sustained periods.”

The fourth-year general manager also addressed the speculation on the team’s interest in Bryce Harper.

“Bryce Harper is a very talented individual and we spent time on every free agent to understand what the opportunity cost, what the acquisition cost is. I think there’s not a team in baseball that wouldn’t have interest. Commenting on free agents, there’s very strict rules on that, on just exactly what our interest level is but as I said, he’s an exceptional talent that I think many teams would love to have.”

Atkins also commented on the Blue Jays affiliation with Vancouver.

“It’s exceptional. The job that the leadership does here and what Jake and Jeff have created. The empowerment and the resources they’ve given the leadership here to create a good environment for players to get better and players to win is exceptional. The fact that’s it’s in Canada is an incredible introduction to the country for the majority of our players that never have been in this country. It’s about as good of a relationship as it can be when it comes to affiliations.”

It feels like a very professional environment. It feels as close to a major league environment as you can create. That’s really important. Guys have to learn what it feels like on different stages. If you’re coming out of Vanderbilt or Clemson or Texas or University of Miami, you got some exposure to those stages but there’s a lot of players who don’t. This environment with the expectations of winning and with fans that are passionate, it’s a great step in development.”

Atkins did not shed any light on who fans could see in Vancouver in 2019.

“Not really. I mean it’s so draft-dependent and there’s such a steep learning curve for younger players. We could piece it together, we might get a third of it right.”

“Casey’s awesome, man. I was a minor leaguer player when Casey was up and down in the major leagues. You can’t be in a clubhouse that he’s in and not have a smile on your face. He is positive and is energetic and is passionate about the game as any. The thing that is most intriguing for someone with as much experience as he has, he’s exceptionally open-minded. He likes to think about things in a different way. He’s creative, innovative, open to ideas and thoughts from whether he played two days or 200. I’m really excited about Casey.

The leadership is exciting and we’ve had very good leaders that have come through here and have won. Casey will set an incredible tone and a great environment for these guys to enjoy getting better.”

When it came to future moves, Atkins says there could be a couple of more changes that could be made.

“We’ll see. Obviously we’re not going to be as aggressive, we haven’t been as aggressive in free agency but we still have some offseason left. I think there’s a least a couple of moves remaining and maybe more than that. We have the benefit of financial flexibility, we have a great number of talented major leaguers obviously, a very strong system that will continue to look to create to be development. When these players transition and they’re all realizing their potential is when we’ll look to be much more aggressive whether it be trade deadline or in free agency next year. Hopefully we are talking about the trade deadline and potentially adding but we understand that being patient is paramount for us to do anything sustainable.”

“He’s exceptionally driven. He’s constantly learning, he’s constantly looking to improve. He has an incredible connection with players, coaches and front office so he has just an ability to connect and relate across many levels and that’s leadership. It’s encapsulated, 80 percent of it at least is that ability to connect. His passion for catching and expertise in that area will be a great complement and his knowledge of the hitters that are transitioning and all the players that are transitioning will be an incredible asset to Charlie (Montoyo).” 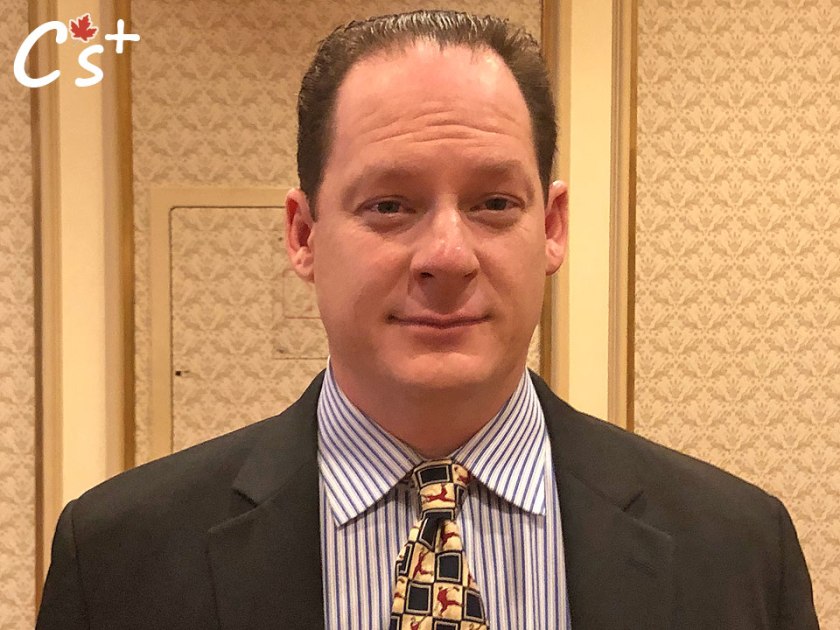 Also on hand for the C’s Hot Stove Luncheon was Jays director of minor league operations Charlie Wilson who shared his thoughts on the Jays/C’s partnership.

“It’s truly special. Like any relationship, it’s starts with good people. We’re delighted to be working with the Canadians starting with Jake Kerr, Jeff Mooney and Andy Dunn. We’ve got a great relationship. We’re delighted to have a team in Canada. It’s the first time we’ve been here in 15 years since we left the Pioneer League (Medicine Hat). Having the opportunity for our players and coaches to work and play and live in Canada is huge. Just working with the Canadians operation is what makes it special. Great people, wonderful partners and we really enjoy the relationship.”

With the Jays farm system among the best in the game, Wilson says it’s an essential component to building a World Series champion.

Having been with the Jays organization since 1993, Wilson has been around for the highs, lows and in-betweens but he believes better days lie ahead. 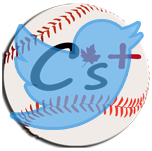 Cito Gaston meets some of the members of the Vancouver Canadians Baseball League from @BGCyvr #BeyondTheNat pic.twitter.com/tr59NPCabu

Ex-Blue Jays pitcher Ricky Romero will be the color analyst on the six Vancouver Canadians TV broadcasts this summer https://t.co/jMh1UX6fvJ