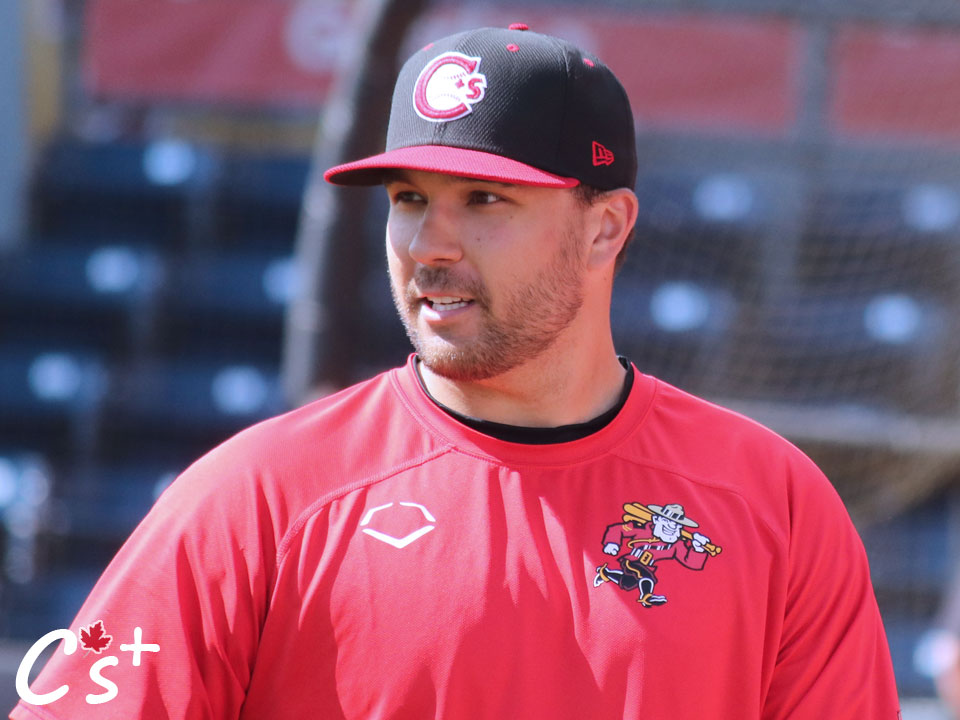 The Vancouver Canadians ran their record to 3-0 on national television. The C’s triumphed over the Tri-City Dust Devils 5-2 at Nat Bailey Stadium Saturday in a game that was televised on Sportsnet.

The game’s first run did not come until the fifth inning and it belonged to the Dust Devils. Sean Guilbe singled with one out off Alex Nolan and he would score on a two-out double to left-center field from Alison Quintero. McGregory Contreras could not come up with what appeared to be a catchable fly ball at the warning track in front of the manual scoreboard.

Luis De Los Santos started the fifth with a pop-up to second base off Felix Minjarez that was dropped by Kelvin Alarcon. De Los Santos kept right on running but Alarcon recovered the ball and threw out De Los Santos at second on a 4-6 putout. Tanner Morris extended the inning with a two-out single and Yorman Rodriguez reached on a fielding error by Guilbe at third. Trevor Schwecke stepped up and drove one off the wall in center field to score Morris and Rodriguez to give Vancouver a 2-1 lead.

That lead just lasted five pitches into the sixth as Jordy Barley lined one over the short fence in left field in front of the Canadians bullpen to even the game up at 2-2.

The Canadians took advantage of more sloppy defence from the Dust Devils in the seventh. An Adrian Ramos seeing-eye single that eluded both a diving Barley and Guilbe at short and third respectively and a Morris walk started the Vancouver rally. A Rodriguez ground ball was then botched by Guilbe at third and that allowed Ramos to score the go-ahead run. Wen-Hua Sung tried to stop the bleeding for Tri-City but he was greeted by a Schwecke double that brought in Morris. Rodriguez went to third base but a Jesus Lopez fly ball was not deep enough to score him. Will Robertson grounded out sharply to second and Contreras flied out to center to leave Rodriguez 90 feet away.

Monty’s Mounties tacked on another run in the eighth on a two-out rally that started with a Ramos walk and a Morris single. Rodriguez singled to left to drive in Ramos.

Dust Devils manager Mike McCoy argued a call at first two batters into the game. Reinaldo Ilarraza tried to bunt his way aboard but was ruled out after the throw by Nolan off the mound.

The C’s looked to get on the board first when Rodriguez singled over the head of Alarcon at second base with one out and got to third on a throwing error by Barley on a ground ball by Lopez. Will Robertson would go down swinging against Ethan Elliott to end the inning.

De Los Santos showed some good hand-eye coordination to start a 6-3 double play in the second inning. He was able to do a toe drag across the second base bag on a Carlos Luis ground ball that forced out a Sean Guilbe leadoff single.

The Dust Devils committed four errors and it could have been five after Barley dropped a fly ball in foul territory in left field in the fourth inning. Trevor Schwecke singled and Jesus Lopez doubled him over to third to lifting one over Ilarraza’s head in center field. Elliott struck out Robertson before exiting the game. Minjarez completed the other two-thirds of striking out the side by getting Contreras and Cameron Eden to go down swinging to leave Schwecke and Lopez on base.

The top of the fifth saw Nolan knocking down a ball hit by Luis but was able to recover by throwing out Luis at first to begin the fifth. The Brock Badger then sawed off the bat of Alarcon who hit a grounder to Schwecke at first base and he made the unassisted putout to limit Tri-City to the one run.

In the top of the seventh, Nolan yielded a double to Luis before giving way to Parker Caracci. The former Ole Miss product hit Guilbe with a pitch to put two runners on base but he struck out Mason House and Quintero. Alarcon made a bid for a single up the middle but De Los Santos ranged over from short and stepped on the second base bag to force Guilbe for out number three.

As the kids like to say these days, Caracci was shoving as he struck out the side in the eighth to negate an Acosta two-out single.

Tri-City got the tying run to the plate when Luis singled and Guilbe walked to begin the ninth. It appears the C’s caught a huge break when House lined a ball that appeared to be fair down the third base line but it was ruled foul. House would later strike out and Pascoe would get Quintero and Alarcon looking at strike three to end the game.

Game two of this series between the C’s and Dust Devils goes at 1:05 pm this afternoon. Sportsnet 650 will broadcast the game.