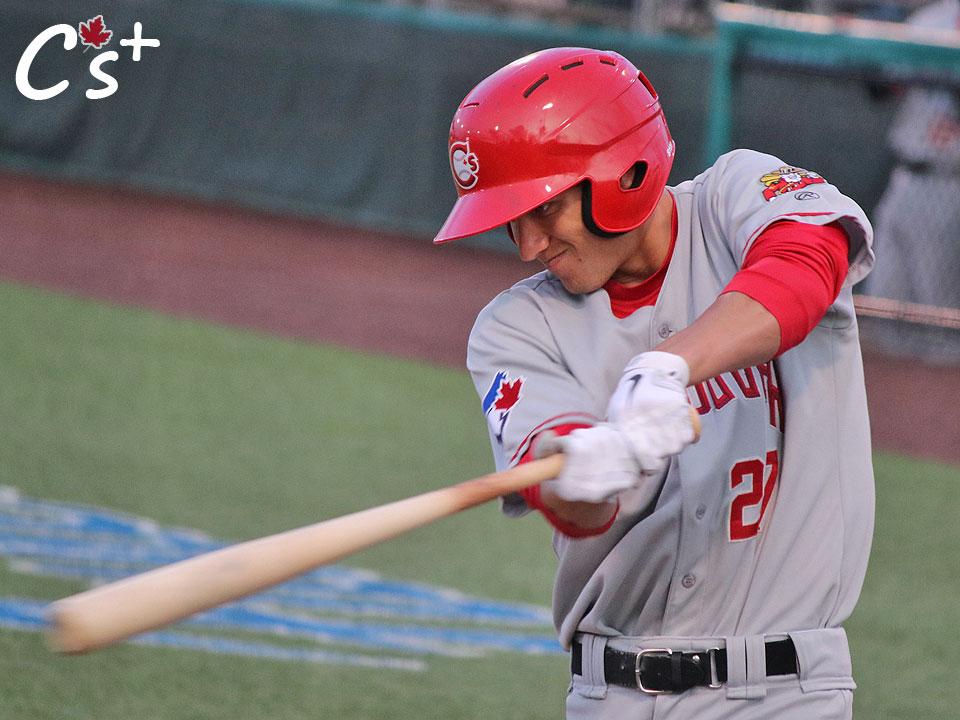 The Vancouver Canadians find themselves in a four-way tie for first in the North Division. The C’s came away with a 6-0 victory over the Spokane Indians at Avista Stadium Sunday to win the rubber match of their three-game series and even their second-half record to 3-3.

Vancouver took the lead for good with a run in the second inning. Will Robertson worked a leadoff walk against Teodoro Ortega and advanced to second on a Jesus Lopez single up the middle. Cameron Eden drilled a double to right field to score Robertson.

The C’s would chase Ortega from the game with one out in the fourth. Singles by Brett Wright and Luis De Los Santos and a hit by pitch to Adrian Ramos loaded the bases before Tanner Morris drew a walk to bring home Wright. Werner Leal entered the game for Spokane but he handed out a free pass with two away to Trevor Schwecke to score De Los Santos and increase the Vancouver lead to 3-0.

The Canadians got to Josh Smith when he took over for Leal in the sixth with a two-out rally. Schwecke got on base with a walk and stole second before Robertson singled him home. Lopez got on base after a throwing error by Smith but Jonah McReynolds tracked down the ball at first base and threw home to get Robertson to end the inning.

Juan Castillo did not have much luck against the Vancouver offence either. He walked Ramos and Morris with a Ramos stolen base and a wild pitch in the mix. Yorman Rodriguez would also walk to load up the bases. A 6-5 fielder’s choice by Schwecke scored Ramos with Vancouver’s fifth run. A throwing error by Jake Hoover allowed Robertson to get to first and reload the bases. Joe Corbett reliever Castillo and yielded a Lopez sacrifice fly to score Rodriguez with the game’s final run.

Adam Kloffenstein won his third straight start by navigating around two hits and four walks with seven strikeouts over five shutout frames. Luis Quinones struck out four of the nine batters he faced over nine perfect innings. Gage Burland overcame a pair of walks with a strikeout and a game-ending 5-4-3 double play.

Kloffenstein picked off the first baserunner he allowed in the first inning by getting Derwin Barreto at first base to eliminate a one-out walk.

The second inning McReynolds singled with one out and Cristian Inoa walked with two out but Wright threw out McReynolds trying to steal third for the final out.

Kloffenstein walked Barreto to lead off the fourth and walked Francisco Ventura to start the fifth but those free passes did not come back to haunt the big right-hander.

Quinones’ first two innings were two groundouts finished by a strikeout before whiffing the first two batters he faced. The outfield only touched the ball on the final out of the eighth when Eden caught a fly ball in center.

The Vancouver offence compiled seven hits and nine walks with three of those free passes going to Schwecke and two going to Morris. They are among the top 10 in the Northwest League in ball fours with Morris’ 28 placing him second in the league. Schwecke is up to 22 bases on balls for the year.

Rodriguez and Lopez have eight-game hitting streaks after going 1-for-4 Sunday with Rodriguez also drawing a walk. Robertson has a hit streak of six games after a single in four at-bats and Wright has an on-base streak of six after getting aboard three times.

The C’s pull into Boise for a four-game series against the Hawks. Gabriel Ponce is expected to throw the first pitch for Vancouver. Will Ethridge is the scheduled starter for Boise. Game time is 6:15 pm Pacific Time. Rob Fai will have the call on Sportsnet 650 and CanadiansBaseball.com.